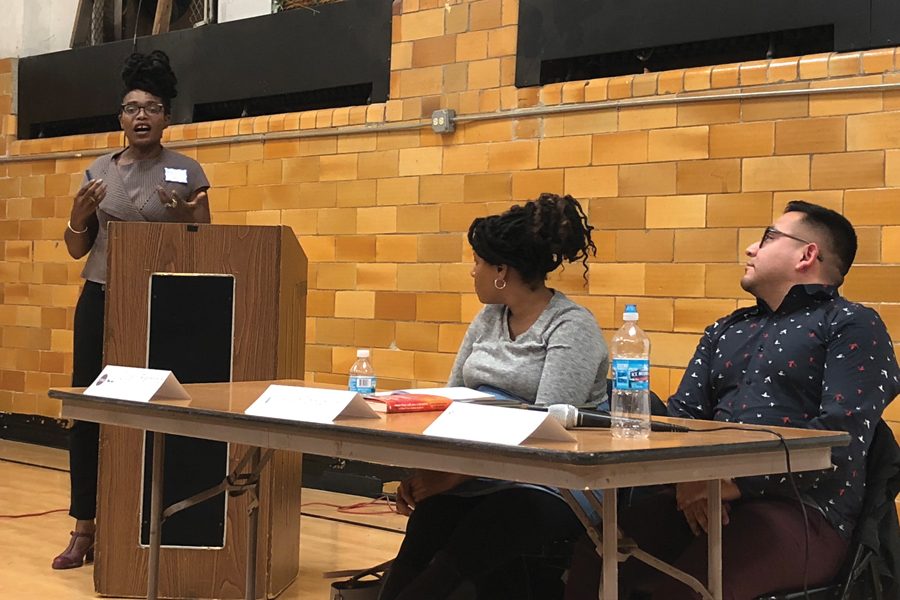 A panel of local officials highlighted and reflected on the institutional and systemic racism present in Evanston and Skokie at an event in the 5th Ward on Tuesday.

The event, held at Family Focus Evanston, was hosted by a parent education committee within Evanston/Skokie School District 65 which focuses on issues of equity and diversity within the community. The panelists discussed how deeply ingrained racial discrimination is in the city’s schools, libraries and other institutions.

“It’s always baffled me, why we can’t be the Evanston that we think we are,” said panelist Nicole Parker, Evanston Township High School’s history and social science department chair. “People move here appreciating the diversity and educational system, but it’s sort of like the gilded frames we named the Gilded Age after: You scratch the surface, and underneath that little gold leaf is something not as valuable.”

The discussion began with an overview of District 65’s most recent data regarding academic achievement disparities between white, black and Latinx students. Anya Tanyavutti, District 65’s school board vice president, pointed out that when the standardized testing scores of students with similar socioeconomic backgrounds were compared, black and Latinx students still performed significantly worse than their white counterparts.

This trend, Tanyavutti said, demonstrates that even when income is held constant, some demographic groups are able to benefit from the school in ways that others cannot.

Tanyavutti added that black and Latinx students in the district are also disciplined more frequently than white students. Drawing on her own social experiences, she said this gap was not due to students’ misbehavior, but because of punitive consequences based on cultural misunderstandings.

Evanston Collective co-founder Bobby Burns emphasized the limits of quantitative data and urged the audience to use “intuitive ability” and “trust one another” when confronted with anecdotes of racial discrimination.

To depict the lack of data available in certain scenarios, Burns referenced the discrepancies between how white and black people are policed and perceived when they have allegedly committed a crime.

Lesley Williams, the co-president of Open Communities, stressed that a roadblock against reducing poverty is an unwillingness from white people to give up their advantages in order to fulfill their “obligation to make their community equitable.” She said the problem was not centered around hate but around indifference, and that sustainable change can only be achieved if everyone makes community equality their priority.

Lisa Applegate, an Evanston resident who attended the panel, said that she was shocked by the information on the discrepancies between the experiences of white students and students of color in the district. She added that the event gave her tangible ideas on how to eliminate the gap.

“The idea of supporting black-led organizations makes sense to me,” she said. “There were also some good tips about how to critically analyze the policy choices our cities are making, like question how budget money is used or how housing choices (are made).”