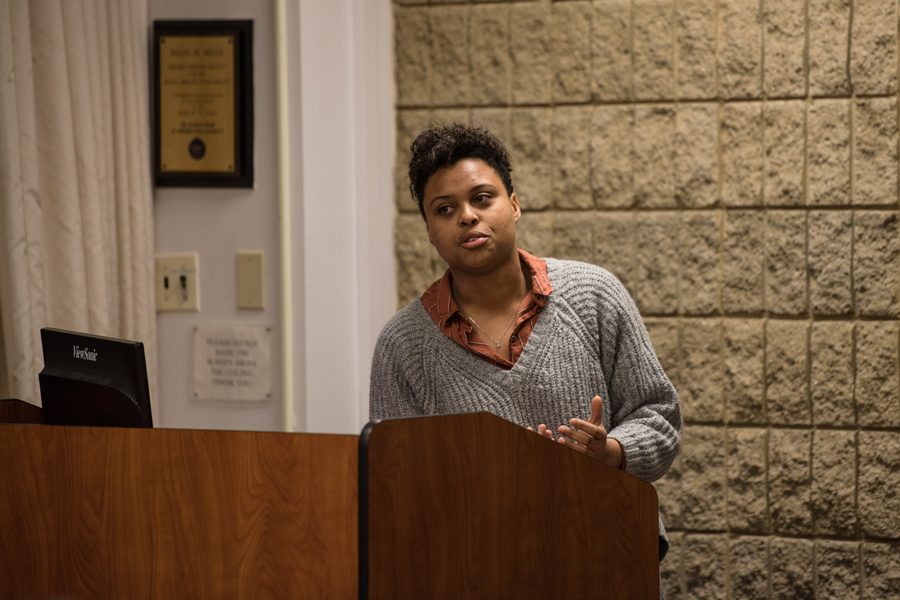 ASG vice president of academics Sky Patterson told The Daily that students reached out to her about the issue of transgender and non-binary students not being properly included on campus. Patterson said she worked with Multicultural Student Affairs and Rainbow Alliance to develop the “Creating Trans-Inclusive Spaces” resource guide, which she said will be distributed to professors and deans “as soon as possible.”

“The problem is students who are non-binary or trans not feeling like professors are creating the type of space where they can say their pronouns in the class,” the Weinberg junior said. “Another problem is getting misgendered by their professor repeatedly even after saying pronouns because there is a lack of awareness about this.”

Patterson said she knows of some professors who have made efforts to be more inclusive by including non-discrimination policies in syllabi. However, she said “there’s still a significant portion of professors that have not gotten onto this wave” of a respectful environment.

The one-page guide includes “Dos” and “Don’ts” for professors — for example, do include pronouns in emails and correct mistakes, and don’t assume people’s names or identities. The guide also provides definitions for common terms and resources professors can reach out to with questions.

Senators also voted unanimously to elect Communication senior Corey Schwaitzberg as ASG’s interim parliamentarian. Schwaitzberg was previously the Interfraternity Council senator, and IFC will appoint a permanent substitute to take his place in Senate as he serves for the next three weeks of the term. The previous parliamentarian, Justine Kim, resigned for personal reasons after last week’s Senate.

Schwaitzberg said that he was previously a member of the Rules and Senate Reform Committees, both of which the parliamentarian is involved with.

“Being able to step in as the interim for just a couple of weeks would facilitate a very smooth transition, as people wouldn’t have to get up to speed on all of the committees (Kim was) involved in,” he said.

ASG’s vice president of public relations, Emily Ash, presented the agenda for Wellness Week, which starts March 1. Ash said Wellness Week is a new event for ASG that focuses on how “wellness looks different for everybody.”

Wellness Week, which was organized by the Health and Wellness committee, will include a speaker, yoga events, a labyrinth walk, and wellness hubs with snacks and stickers.