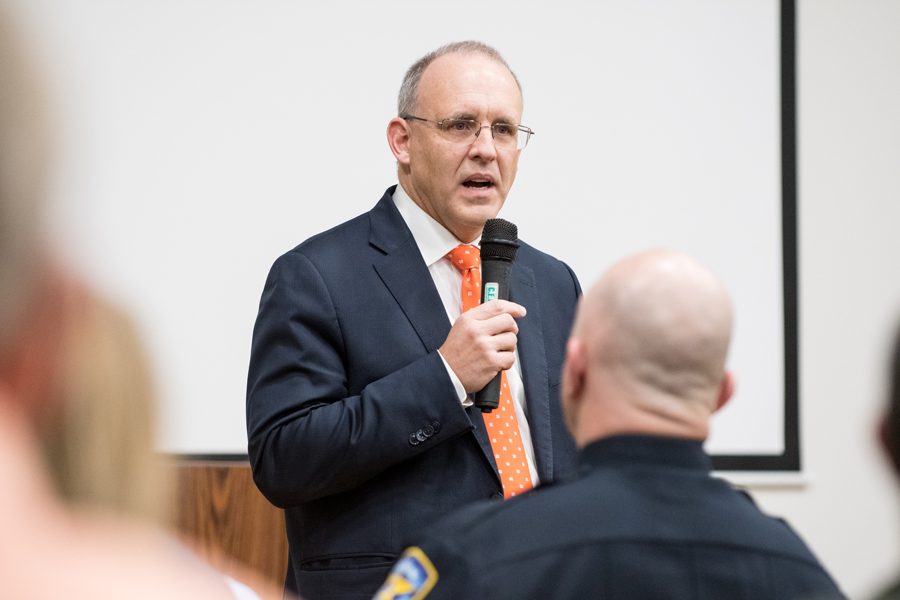 Mayor Steve Hagerty speaks at an event. Hagerty is traveling to Puerto Rico to share expertise on disaster recovery.

Evanston Mayor Steve Hagerty is traveling to Puerto Rico for two days to join the first delegation of mayors from across the country working with the island’s leadership to share expertise on disaster recovery, according to a news release.

Hurricane Maria, which hit Puerto Rico about five months ago, has left more than half a million people still without power and tens of thousands without drinking water, according to the release. In response, the Open Society Foundations has created the Mayor Exchange, an initiative that pairs mayors from the continental U.S. with their Puerto Rican counterparts to share “ideas, expertise and lessons” they have learned from their own recovery efforts.

Hagerty, who has a background in emergency management, is on the island from Feb. 25 to Feb. 26. He will team up with Mayor Carlos Delgado Altieri and tour Isabela, which is located on the northwestern coast of Puerto Rico. In Isabela, aid organizations have been helping children deal with health difficulties brought on by disruptions in the food supply from the hurricane, according to the release.

Mitch Landrieu, the mayor of New Orleans and a Mayor Exchange chair, said in the release that when his city was in need of help, people from all over helped “lift us back up.” He said the exchange helps New Orleans and other cities across the country return the favor.

“We are eager to do what we can to lean forward and help our neighbors stand back up,” Landrieu said in the release.  “Sharing our path to recovery is an important step we can take to make every city more resilient in the face of disasters.”