‘Shot in the Dark’ tells the stories of Chicago basketball players 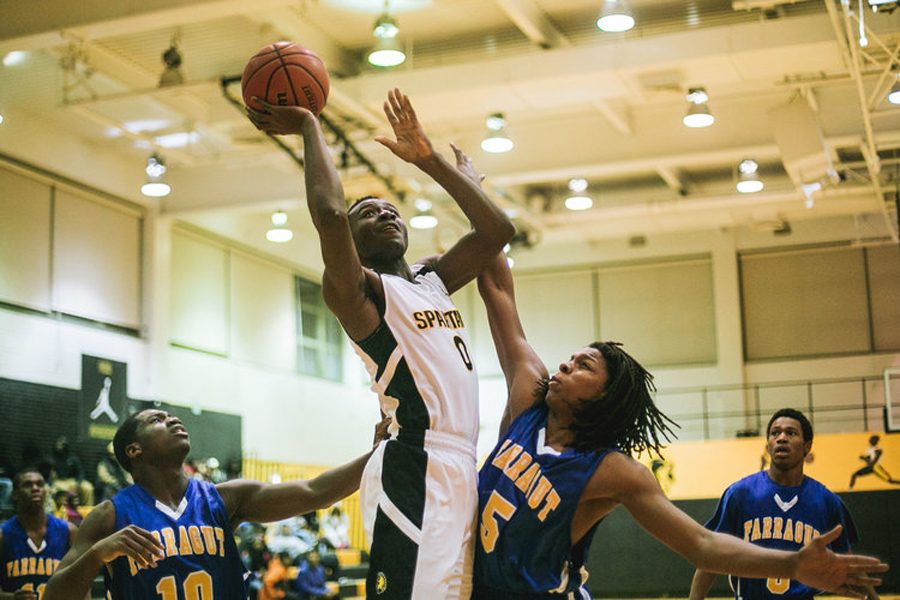 Source: Shot in the Dark

An Orr Academy Spartan takes a shot. “Shot in the Dark”, a documentary created by three ETHS alumni, tells the team’s story.

Dissatisfied with the one-dimensional portrayal of Chicago in the media, Dustin Nakao-Haider and Ben Vogel decided to create their own “passion project” about high school basketball in the city: “Shot in the Dark.”

The documentary follows the stories of Tyquone Greer and Marquise Pryor, two student basketball players at Orr Academy on the West Side of Chicago, and their coach, Lou Adams. The documentary also deals with issues of gangs and gun violence that are commonly portrayed in the news, but the creators said they wanted to show a more human perspective to create empathy for their subjects.

“I can’t tell you how everyone is, but I can at least give you a specific perspective that you might not normally see,” Nakao-Haider said. “We want the viewer to attach themselves to the dreams and ambitions that Tyquone has … and allow that to carry them through their experience watching the film.”

Nakao-Haider and Vogel, both Evanston Township High School alumni, initially met Greer when they were working on a short film called “Ball So Hard” for Jay-Z’s Life+Times in 2011. When they began working on the project, they sought out the expertise of Daniel Poneman, another ETHS alumnus who is a basketball scout in Chicago. Poneman put the team in touch with Greer , who became the subject of the film.

Poneman had been working in the Chicago basketball community for a few years before Nakao-Haider and Vogel showed up to film “Ball So Hard,” Vogel said. Vogel noticed that Poneman’s connection with the players put the athletes at ease because they knew he “had good intentions.”

The team kept in touch with Greer after working on the short film, and they were considering creating another film about Greer ’s friend, Marquise Pryor, in 2012. When Pryor was arrested for gun possession that August, the team felt the need to pursue a more in-depth project.

“When (Pryor ) was arrested, his name and face and story was plastered all across the Tribune and on the news,” Nakao-Haider said. “It was that moment when I saw that happening from New York, where I was like, ‘This story is getting bigger than I even realize.’”

After two years filming and nearly four years editing “Shot in the Dark,” the documentary first screened at the Camden International Film Festival in September 2017, Vogel said. The team showed it at several other screenings including the Austin Film Festival, DOC NYC and a Black History Month film festival in Chicago hosted by Chance the Rapper’s nonprofit, Social Works.

Chance the Rapper is one of two big names on the “Shot in the Dark” project. He got on board when he saw the festival cut of the film last year, Nakao-Haider said. Orr Academy was one of the first schools Chance the Rapper donated to with his New Chance Arts and Literature Fund, so he has a personal connection to the film’s setting, the team said.

The other famous executive producer on the project is professional basketball player Dwyane Wade. Wade joined the team early in the post-production process, Vogel said.

When Wade saw a preview of the film, Nakao-Haider said he identified with the storyline, despite being from the South Side and the documentary being set in the West Side.

“The obstacles and hurdles that young men and women in these communities have to go through to achieve what everyone considers the American dream — it’s something we show through the film through these two gentlemen, but Dwyane himself lived as well,” Vogel said.

“Shot in the Dark” will be nationally broadcasted on Fox on Feb. 24. Fox is partnering with a philanthropy called Good Sports, which facilitates donations of sports equipment to high schools in need, in conjunction with screenings of “Shot in the Dark” at those schools.

The documentary team also has its own philanthropic mission: the Shot in the Dark Foundation. The foundation helps connect student basketball players in Chicago with schools that offer basketball scholarships, Poneman said.

“We help over 100 kids a year go to college for free, kids who wouldn’t otherwise go to school,” Poneman said. “Basketball is a way that these kids are able to create a better life for themselves, even if they’re not going to play professionally.”