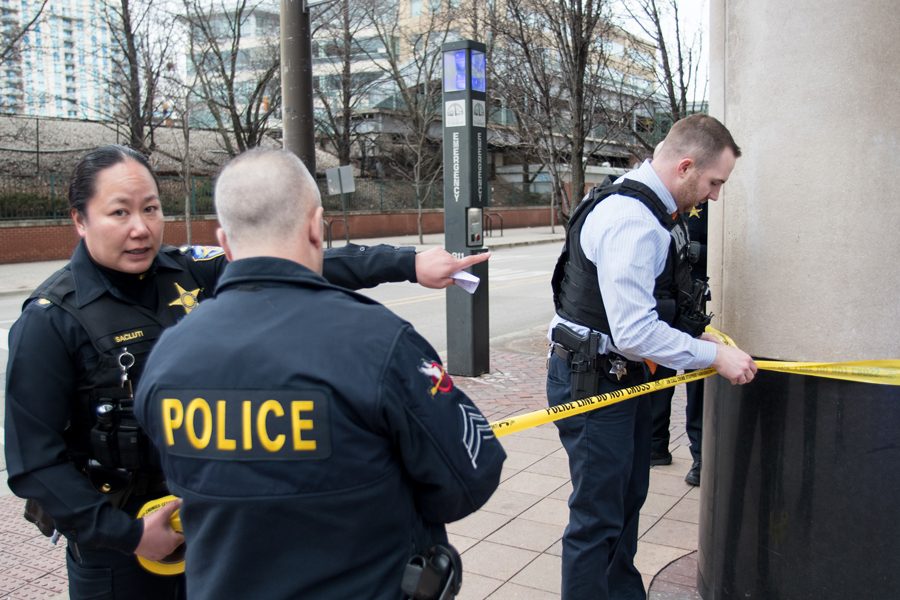 Police section off an area with crime scene tape. Evanston Police Department announced on Sunday that it had charged two men in connection with the homicide of Yakez Semark.

Evanston Police Department has charged two people in connection with the homicide of Yakez Semark on Feb. 8, the city announced in a news release Sunday.

Police found after an investigation that Evanston resident Julius Francellno and Chicago resident Malik Caswell, both 18-year-olds, arranged to meet with Semark to buy a quantity of marijuana, according to the release. The transaction escalated into a physical altercation between Francellno and Semark, during which police say Francellno shot Semark once in the chest.

On Feb. 8, at 11:38 p.m., officers were dispatched to the 1800 block of Hovland Court to respond to a call of shots fired. Upon arrival, police located Semark and transported him to Evanston Hospital, where he was pronounced dead.

After the altercation, both offenders fled on foot, according to the release.

The Cook County Medical Examiner’s office ruled Semark’s death a homicide, according to the release.

A GoFundMe page to support Semark’s family has raised over $30,000 as of Sunday. The money will go toward funeral costs and closing Semark’s personal affairs, and any remaining money will create a fund in Semark’s name to support Evanston youth, according to the page.