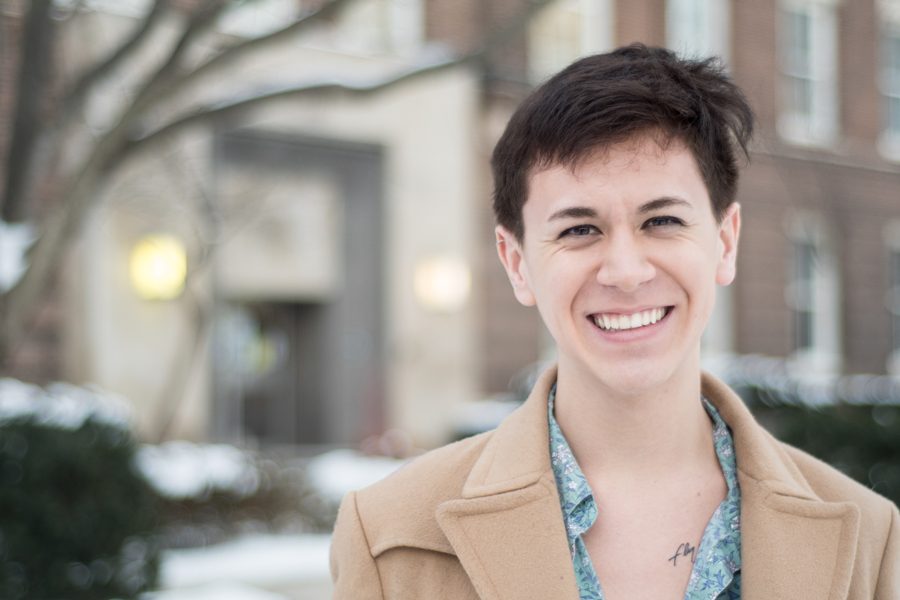 Brock Colyar. The Medill sophomore created the Queer Reader, an LGBTQ and radical feminist magazine, after frustrations with what he calls a lack of unity in the queer community.

The Medill sophomore was disheartened by the lack of a strong queer community at Northwestern. The “lazy activism” of Northwestern students disappointed him, he said. Colyar told his friend, fellow Medill sophomore Gabrielle Bienasz, that he felt student publications did not have space for LGBTQ voices, she said.

“I was like, ‘Well Brock, why don’t you start your own publication?’” Bienasz said.

Colyar did just that. He said he had inklings of wanting to start an LGBTQ publication over the summer, but he began seriously pursuing it during Fall Quarter. Associated Student Government approved his student group in the fall, and what had started as vague dissatisfaction became the Queer Reader, a magazine Colyar said he is branding as both queer and radically feminist.

He anticipates the first issue will come out in fall 2018. He said the first meeting was last week and that he is currently in the recruitment stage.

Colyar said his vision for the magazine is for it to resemble a zine: “fun, playful, manic and colorful.” He said the magazine will have an online platform as well as a physical publication. He envisions the Queer Reader as a mixture of feature stories on problems the queer community faces on campus and beyond and “fun” topics such as female pleasure, and as a space where writers aren’t afraid to be radical, he said.

“I would love for this to be something that presses on some hot-button issues,” Colyar said. “I want to push up against Greek life. I want to be loud and call out the administration, (which) really likes a pretty image of itself. When you push and pull against that image, there’s a really rich space for activism.“

Colyar, who is majoring in gender and sexuality studies and journalism, worked with professors in both departments as advisers for his magazine, he said. In doing so, he said he hopes the Queer Reader is not seen as a publication just for Medill students.

In addition, he said he is devoted to ensuring his publication is not just for queer people. Colyar believes that one’s gender or race can cause their sexuality to be policed in a way that provides common ground for both queer and nonqueer people. The Queer Reader aims to find that common ground and unite people, he said.

“I was really excited to hear that we have a magazine like this,” Colton said. “It’d be awesome if this can be a unifying voice for the queer community here so we can all rally behind some idea(s) … and push for social change.”

Colton said the queer community at Northwestern is lacking in unity, and he hopes the magazine can help to bridge that divide.

It’s a sentiment Bienasz agrees with. She said she hopes the Queer Reader can be a unique space for the LGBTQ community.