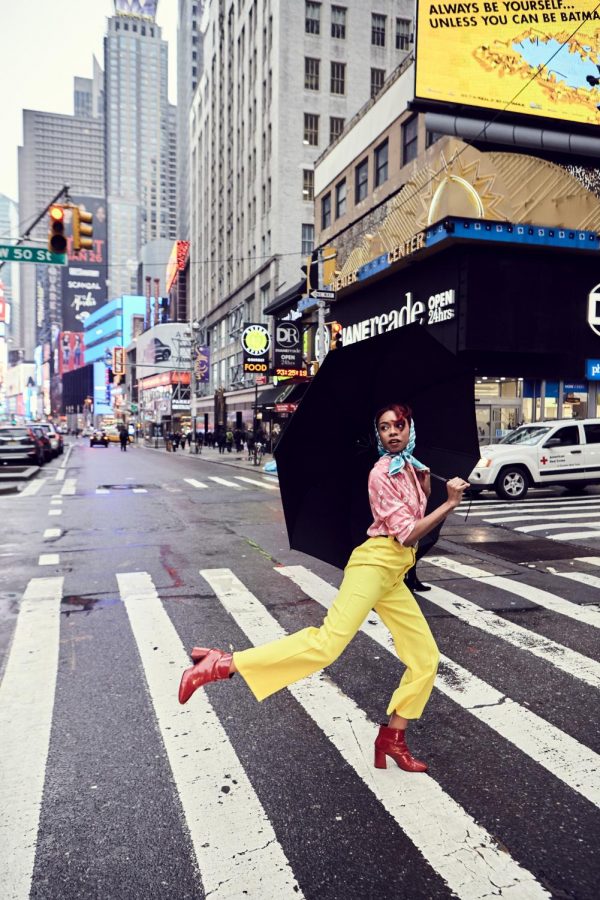 Chicago-based musician Ravyn Lenae. The 19-year-old singer and songwriter will perform at Evanston SPACE for the second A&O Chicago Benefit.

Chicago-based musicians Knox Fortune and Ravyn Lenae will perform at the second Chicago Benefit concert put on by A&O Productions, according to a Friday news release.

Both artists represent Chicago’s current music scene  and offer “chill” vibes that will mesh well together, said A&O’s concerts director Makena Seeney. After the success of last year’s Benefit concert, which featured Noname and Jamila Woods, the Medill senior said they were looking to pull from the same pool of up-and-coming artists in the city.

Singer and producer Fortune has collaborated with major artists like Joey Purp, Vic Mensa and Chance the Rapper — he is featured on Chance’s track “All Night.” He is working to produce more solo tracks with his signature sound, ranging from “bouncy hip-hop beats to psychedelic inspired indie tracks,” the release said.

Singer and songwriter Lenae, a 19-year-old South Side native, is a classically trained musician who has toured with SZA and Noname. Her newly released EP, “Crush,” tackles topics like the “friendzone” and “finding love online,” according to the release.

The concert will be held Feb. 15 at Evanston SPACE, and all proceeds will go toward Northwestern Arts and Music Programs for Education in Detention Centers, the release said. Tickets are $10 with a suggested donation of $5.

In past years, the Benefit concert had been held in the spring and partnered with Dance Marathon, but last year began partnering with Chicago-based beneficiaries instead. AMPED was a “natural choice,” said A&O co-chair Louisa Wyatt, because the organization also connects to the community through music as an NU-based group that provides music education in Chicago detention centers.

While other A&O concerts like Ball and Blowout have a “huge fun party atmosphere,” Benefit aims for a more “relaxed” vibe, Seeney said.

It can be easy for NU students to get stuck in the “Evanston bubble,” Wyatt said, especially when it can feel stressful to have to get into Chicago to see a show. With Benefit, she said A&O wanted to connect students with some of the “great art” downtown.

“I hope students are able to experience and enjoy live music, specifically live local music, in a safe and comfortable environment that’s easily accessible to them,” the Medill senior said. “Even if you go and don’t know the artists, I hope you find joy and connections out of our show.”