ASG brainstorms, gets feedback from Senators 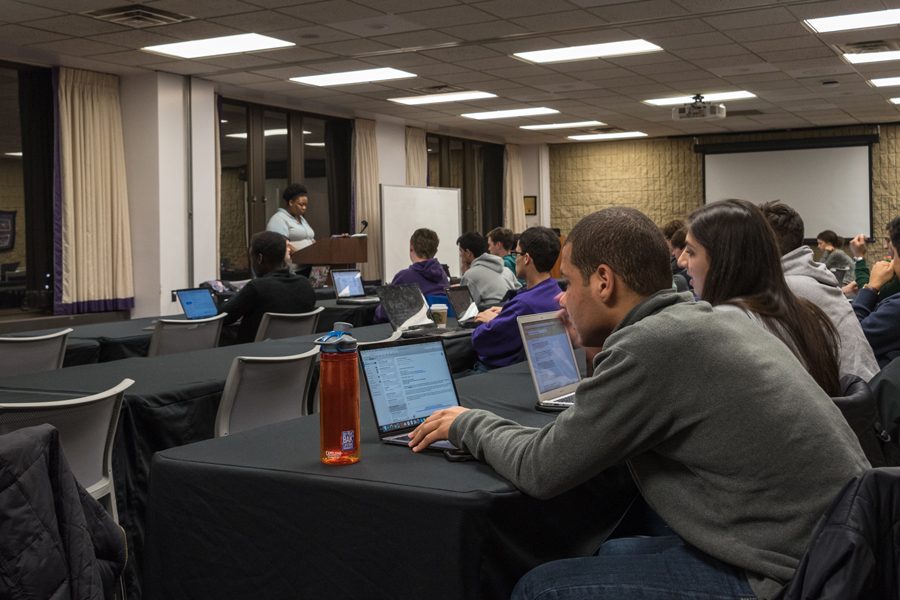 Associated Student Government senators had a feedback discussion at their Wednesday meeting. The senators brainstormed various issues on campus they could address in the future.

During a Wednesday meeting, Associated Student Government senators brainstormed various problems they could address on campus during a feedback discussion.

Speaker Daniella Lumpkin said she planned this discussion because she wanted to see increased engagement at Senate.

Several issues related to housing were brought up during the meeting. Ahmad Keshk, the interim vice president of campus life, said some students said it was difficult to get toilet paper and cleaning supplies in suite-style dorms, such as 560 Lincoln. He said students gave conflicting reports about running out of toilet paper and being able to receive it from their community front desk, and that “miscommunication between administration and students” is common.

“I want to make sure that they at least have the ability to look into these things,” the Weinberg senior said. “They’re all really important issues to address.”

Keshk also said the new neighborhood model that the recent housing report introduced was unsatisfactory for some students.

“Students are not taking the model well,” the Weinberg sophomore said. “Because, as a student was saying today, it kind of diminishes the importance of residential colleges, those themes and those tight knit communities.”

Additionally, parliamentarian Justine Kim said senators may often feel as if they cannot write “proactive” legislation and must instead write legislation reacting to issues as they occur. Kim said this does not have to always be the case.

“I think that there’s a lot that you see on the ground in your own communities that I know I don’t see in mine,” the SESP junior said. “Hopefully this will also spur you guys to come together and write legislation.”