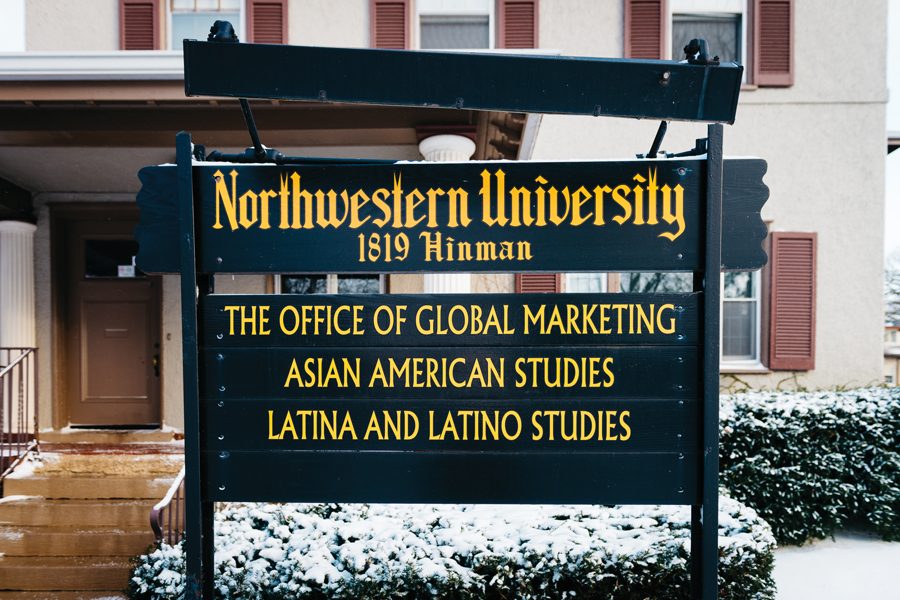 Justine Kim had lived as a racial minority her entire life — her hometown of Glenview, Illinois, is more than three-quarters white. Fearing that she wouldn’t be accepted, she did not often express her Korean identity. So after gaining acceptance to Northwestern, she didn’t consider what her experience would be like as a Korean American at a school made up of many more non-white students.

But her Introduction to Asian American Studies course was an “eye-opening” experience, allowing her an opportunity to “reconcile the internalized shame I felt about my ethnic identity.”

“The way that the information was framed completely countered a lot of what I knew, both of how this country came about and how certain communities were formed,” the SESP junior said. “It felt like truth. It was the first time in a long time where I felt truth.”

The introductory course persuaded Kim, a former Daily columnist, to major in Asian American Studies, making her one of hundreds of students on campus drawn to the interdisciplinary field. Students say ethnic studies programs — which seek to deconstruct dominant narratives by centering the experiences of people of color — are comfortable spaces for them and inspire political activism, but the struggle for ethnic studies at Northwestern has long been an issue for minority students.

Kim is among a group of students tied up in the latest effort for change — a push for the establishment of Latina and Latino Studies and Asian American Studies as departments, instead of just programs.

The Latinx Asian American Collective, made up of members of MEChA de Northwestern and the Asian Pacific American Coalition, published a proposal last week detailing a number of significant reforms. Nearly 600 people and organizations had signed a petition in support of the proposal as of Sunday night.

The reforms mainly tackle the obstacle that, as programs, LLSP and AASP are held back from expanding into distinguished, “flagship” ethnic studies departments. Students and faculty members say a lack of funding, permanent faculty and autonomy reveal a lack of respect for the programs.

“We have these two fields that have been crucial and central to the production of knowledge about social inequality in the United States and even globally,” said Spanish and Portuguese Prof. Frances Aparicio, director of LLSP. “Yet at the same time, we are not given the sort of respect and power for self-determination that other disciplines take for granted.”

The lack of autonomy, she added, inhibits faculty from shaping the program’s visionary future.

Kim said by initiating the campaign for additional resources, students are being “simultaneously proactive and reactive to the growth of the program.”

The importance of ethnic studies is evident in the current political environment, the Collective said in a statement to The Daily last week, which should “remind the University of its obligation to support and uplift students of color, our narratives and the challenges we face.”

“To deny this opportunity would be to ignore, neglect and undervalue the students and faculty of color within these disciplines,” the statement said. “Furthermore, Northwestern’s initiative to increase the diversity of its student population should coincide with the support of the programs (and) courses relevant to the experiences and histories of these students.”

As the University advertises its commitment to “diversity and inclusion,” some students and faculty critique its genuine dedication.

Sharma, who also teaches in the African American Studies and Asian American Studies departments, said that is just one example indicating the need for a diverse curriculum. Kim said she hopes additional resources will allow the University to offer courses with material about diversity within marginalized communities, such as previous classes on Korean Americans and a current one on the African diaspora within the Latino community.

But those resources have historically come as a result of students “who push universities and institutions to invest more in minority communities,” Aparicio said. In her 30 years in academia — seven at NU as LLSP director — additional resources for ethnic studies have never been offered by administrators, but rather “fought for” by faculty and students, she said.

Most famously, a takeover of the Bursar’s Office by black students in the 1960s led to the creation of the African American Studies Department. Additionally, a hunger strike led to the creation of the AASP minor, and the director of Native American and Indigenous Research, Medill Prof. Patty Loew, told The Daily in September that Weinberg would offer a Native American and Indigenous Studies minor after students advocated for its adoption.

The struggle for ethnic studies, nationally and at NU, has frequently faced opposition, but Sharma says the field could help students understand socioeconomic issues more clearly.

“This is much more than just students going to take a class about their background or their history or their story,” Sharma said. “More than ever, we need to understand how power and politics operate. Ethnic studies is exactly what provides that information.”