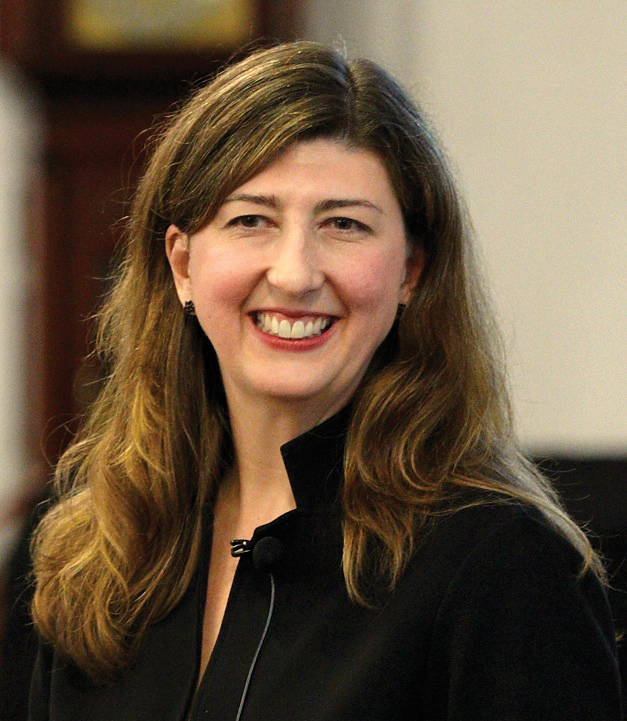 Although nearly one in four American women over the age of 45 have had abortions, women often feel alone in their experiences, said Feinberg Prof. Katherine Watson. In her new book, “Scarlet A: The Ethics, Law, and Politics of Ordinary Abortion,” Watson aims to tackle this stigma, which she said often limits conversation about abortion.

“The stigma is what keeps people silent,” Watson said. “One of my goals is to reduce the stigma, open the conversation and move on from there.”

Watson told The Daily that the book, released Thursday, is a culmination of more than a decade of experience in teaching about constitutional law and medical and reproductive ethics. The book combines personal testimonies with research in law and ethics.

In the beginning stages of writing, Watson said she envisioned a more theory-based and analytical book. However, as more women came forward with stories about their own abortions, the personal accounts, data and ethics theories wove together in an “organic process.”

“It’s a synthesis of a lot of different strands of my work,” she said. “You can say that it’s been years in the making.”

Despite the stigma surrounding everyday abortions, Watson said women are willing to share with those “who will listen to them and let them define their own terms and experiences for themselves.” She said she was shocked by the number of people who volunteered to recount their experiences.

Feinberg Prof. Cassing Hammond said that Watson’s message on “ordinary abortion” is powerful because she has made the effort to talk to providers and patients instead of simply studying the issue from afar.

“I am lucky enough to practice at a hospital that values reproductive autonomy,” Hammond said, “but many of my colleagues in other institutions have patients who face tremendous obstacles obtaining basic reproductive health services.”

Carole Joffe, a professor at the University of California, San Francisco who has worked closely with Watson, described the author as “brilliant” and “one of the most respected bioethicists working on reproductive issues in the U.S.”

Joffe said the topic of abortion is particularly pertinent in this moment because the Roe v. Wade decision of 1973, which legalized abortion in the first trimester of pregnancy, is “hang(ing) by a thread.” She and Watson said that they believe the country in its current state is an unsafe place for women to make their own reproductive decisions.

Inspired by her graduate students and the physicians she works closely with, Watson said she hopes to expand her “classroom” through this book and invite the public into the dialogue about the moral and political tension surrounding abortion.

Watson said in issues of abortion, constitutional law and personal morality are often confused. However, these two debates should remain separate when talking about reproductive rights, she said.

“I wanted to open space for those who are pro-choice but anti-abortion,” Watson said. “Thinking abortion is immoral doesn’t necessarily lead one to think abortion should be illegal in a secular society.”