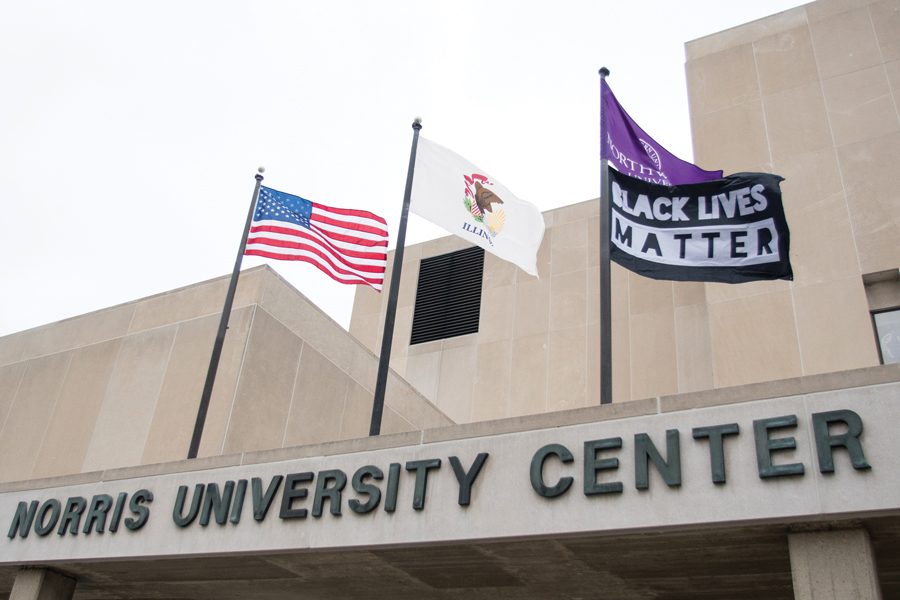 The flag was raised in time for the Harambee event on Friday that “celebrated Blackness,” For Members Only vice coordinator Michelle Sanders told The Daily in an email. Sanders said Harambee kicked off Black History Month programming with the participation of many NU black-centric groups.

“We especially wanted (the flag) this year because this is the 50th-year commemoration of the Bursar’s Takeover,” the SESP senior said in the email, “which was a pivotal moment for Black students on campus that got us the Black House and so many resources that we can still take advantage of today.”

The flag was raised for the first time last year, as students organized events and dialogue around the Black Lives Matter movement. It remained flying for two weeks.

Norris executive director Jeremy Schenk told The Daily that Norris does not fly special flags often, and that this has been the only one flown both years due to student request and its connection to programming. Schenk said he received two or three emails from students representing different organizations requesting the Black Lives Matter flag to be flown this year.

Schenk said in an email to The Daily that the decision to fly the flag was “supported and approved by Norris, Campus Inclusion and Community, and the Division of Student Affairs.”

FMO president Kasey Brown said FMO wants to make the display of the flag an annual occasion for the University, as a way to show that NU cares about its black students.

“We’re planning on putting pressure on the University, if they don’t continue on their own, to put the pressure on like we did this year to get that flag up every February,” Brown said.

Brown said the flag will be flown the entire month of February this year, and FMO had been working with the University since November to ensure it would be raised. Programming for the month includes events focusing on black student protests, a screening of “Black Panther,” free HIV testing and The Collective, a program that aims to explore masculinity among men of color.

Brown said programming for the quarter will run under the theme of “black joy.”

“When you’re talking about black history things you … often just … turn to slavery or civil rights movements or a lot of the hard times people had to fight and go through,” Brown said. “Not that we won’t be focusing on those things during the month — it’s vital to our history — but it’s also just really important to celebrate ourselves and celebrate the joy that we still maintain.”