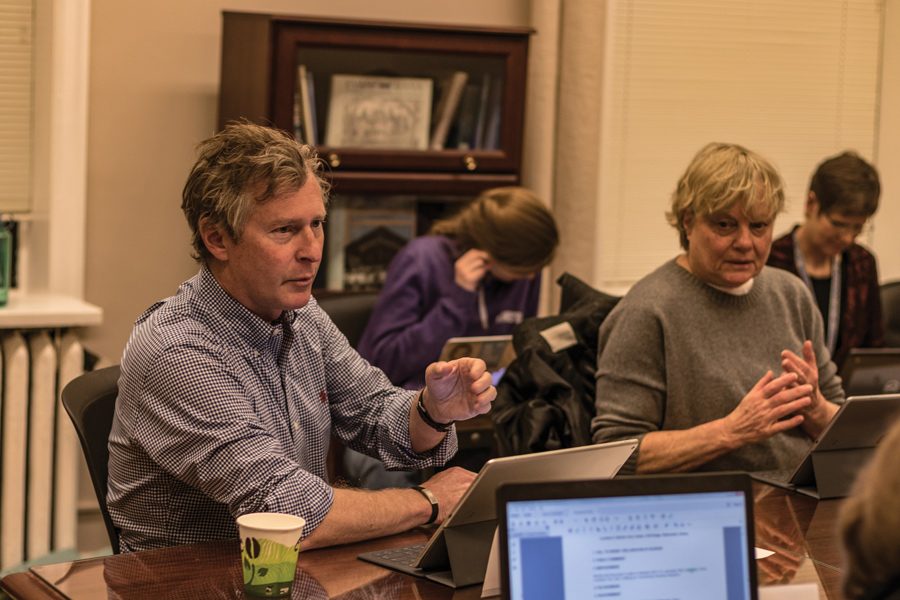 After hours of discussion, aldermen at Monday’s Planning and Development Committee meeting nearly unanimously voted against a 33-story development project because it failed to meet city building and affordable housing guidelines.

Aldermen voted 6-1 to deny Vermilion Development’s controversial plan to build a 318-unit residential building at 601 Davis St. Opponents of the project cited the building’s excessive height and floor area ratio and its failure to meet standard requirements under the Inclusionary Housing Ordinance as reasons for their denial.

Ald. Ann Rainey (8th) voted for the proposal, saying the developer should have four more months to revise their plan, a suggestion that fell short with the other aldermen.

While Ald. Eleanor Revelle (7th) said at the meeting she liked that the development would make use of a vacant lot, bring more economic development to the downtown and preserve the University Building, she could not support it.

“Despite all these positive elements, I believe the height and the density on the proposed building go too far beyond what is appropriate for this site,” Revelle said. “Granting allowances in such excess of our zoning would send the wrong signal to other developers who will expect the council then to approve their proposals of significant height and density allowance.”

Ald. Donald Wilson (4th) told The Daily that while he voted for the controversial 15-story apartment tower on Sherman Avenue last year, this development exceeded too many requirements and did not provide enough affordable housing.

He added that Albion Residential, the Sherman Avenue developer, was willing to put in the full amount of the affordable housing contribution.

“The exceptions to what’s allowed were notably less extreme in the Albion situation,” Wilson said. “As you’ve heard a lot of people say, (601 Davis St. is) a pretty big building. It’s 100 feet larger than what would be allowed. The scope of those exceptions were just that much more dramatic.”

At the Jan. 8 council meeting, the developer asked for more time on the project, though Ald. Judy Fiske (1st) on Monday said they have had more than enough time to make changes to their proposal.

Vermilion chief executive officer David Cocagne said at the meeting the tower would benefit the city by providing more property tax revenue and more foot traffic for local businesses. Twelve business owners also submitted a letter to the council, saying that the building would have fostered a “bustling downtown” and help them bring in more customers.

However, aldermen and residents expressed concern that the project also did not comply with the Inclusionary Housing Ordinance, and ultimately did not provide enough affordable housing units. Vermilion proposed four on-site affordable units and a $1.5 million fee-in-lieu payment to a local nonprofit — Saint Vincent De Paul — that would have created a rental assistance and homeless prevention program.

To comply with the Inclusionary Housing Ordinance, the Housing and Grants staff suggested in a city memo that the developer either provide 32 affordable on-site units or a $3.2 million payment to the city’s affordable housing fund.

Ald. Robin Rue Simmons (5th) said the proposed four units was too far off for her to support the plan, and she would like the committee to negotiate less on fee-in-lieu payments.

“I’ve heard from every corner of the 5th Ward in opposition to this project and I honestly think it’s a direct response to what we’re doing about inclusive housing,” she said. “I have to stand firm on looking at projects that will provide more on-site units.”