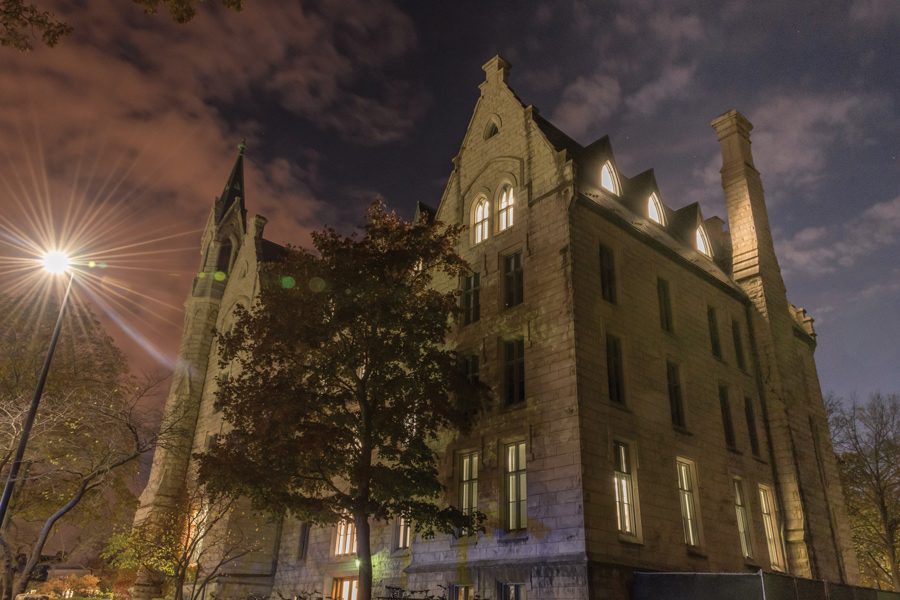 University Hall at 1897 Sheridan Rd. Northwestern was named the best Midwestern college for academic resources by The Wall Street Journal.

Northwestern was named the top Midwestern institution for academic resources, according to the 2018 Wall Street Journal/Times Higher Education College Rankings.

NU was followed by the University of Chicago and Washington University in Saint Louis in the rankings, which evaluated a mix of research universities and liberal arts colleges in the Midwest, as defined by the Census Bureau. The rankings considered factors such as student-to-faculty ratios and academic spending per student, the Wall Street Journal reported.

According to the report’s figures, NU was ranked fifth nationwide for academic resources. NU’s academic spending per student is $50,910 and the average salary 10 years after entering college amounts to $64,000 — the third highest among schools in the top-10 list.

The report said NU has a student-to-faculty ratio of 7 to 1. This is the second-lowest ratio among the top-10 schools, all of which have a ratio of 10 to 1 or lower based on current Education Department data, according to the report.

In overall national rankings — which consider factors such as graduate outcomes, student engagement and school environment in addition to academic resources — NU tied with the University of Southern California for 15th place. Harvard University was named the top university, followed by Columbia University and the Massachusetts Institute of Technology.

University spokesman Al Cubbage told The Daily in an email that “it’s always good to be ranked highly,” especially by a publication such as the Wall Street Journal. He also attributed the accomplishment to University efforts to provide a wide range of interdisciplinary programs spearheaded by leaders in their fields.

“I think it’s a recognition of both the breadth and depth of Northwestern’s academics,” Cubbage said in the email. “It’s really a tribute to our outstanding faculty.”