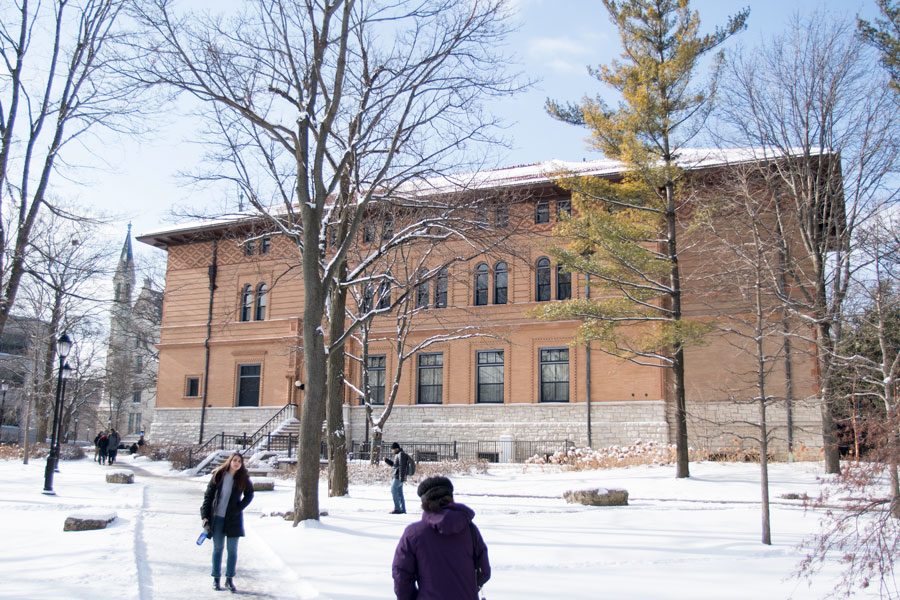 The new regulations, drafted by faculty in consultation with staff, require students to comply with NU’s student conduct manual as well as the Screen Actors Guild’s policy on nudity and sexual content on set, Patrick said in the email.

According to the updated production handbook, producers are obliged to inform performers of any nudity or sex acts expected in the role prior to the first interview or audition. The handbook imposes strict policies on drugs, alcohol, discrimination and sexual harassment as well.

Communication Prof. David Tolchinsky, the chair of the RTVF department, told The Daily in an email that revisions should help “stave off” misunderstandings between actors and directors. Student actors should not feel pressured into activities on set that make them uncomfortable, he said in the email.

“The policy is meant to promote open communication, active assent, the chance to say no and an environment of mutual respect,” Tolchinsky said. “Understanding what professional standards are by getting to know SAG’s guidelines will help our students enter the professional world more prepared.”

Tolchinsky also noted the revision of the production handbook was discussed by members of production faculty.. Although students will not receive mandatory instruction at this point, the policies are “straightforward” and training may be held if “it looks like there are a lot of questions.”

Other minor changes in the production handbook include a modified facilities list and updated location for the Student Resource Center, which is now located on the fifth floor of the Ryan Center for the Musical Arts.

In recent months, multiple sexual misconduct allegations in the TV and film industries have brought down celebrity power players such as Harvey Weinstein, Kevin Spacey and Brett Ratner. The scandals have also sparked heated public discourse over institutionalized sexism and helped inspire the #MeToo and Time’s Up movements.

Tolchinsky said penalties will be enforced for students who violate the policies. Depending on the severity of the infringements, circumstances and intentions, potential discipline could include mentoring, probation, temporary revocation of equipment privileges and even removal from a project.

“This is just the RTVF faculty … making sure our students are working at the highest levels and following the best standards, both aesthetically and professionally,” Tolchinsky said.

Ballew said while in her experience film crews at Northwestern have always treated actors with respect, it is still important to have rules written down as unambiguous guidance for production teams and as an assertion that sexual harassment will not be tolerated at Northwestern.

“Actors should be comfortable in the space, especially because they are doing something inherently vulnerable,” the Communication junior said.