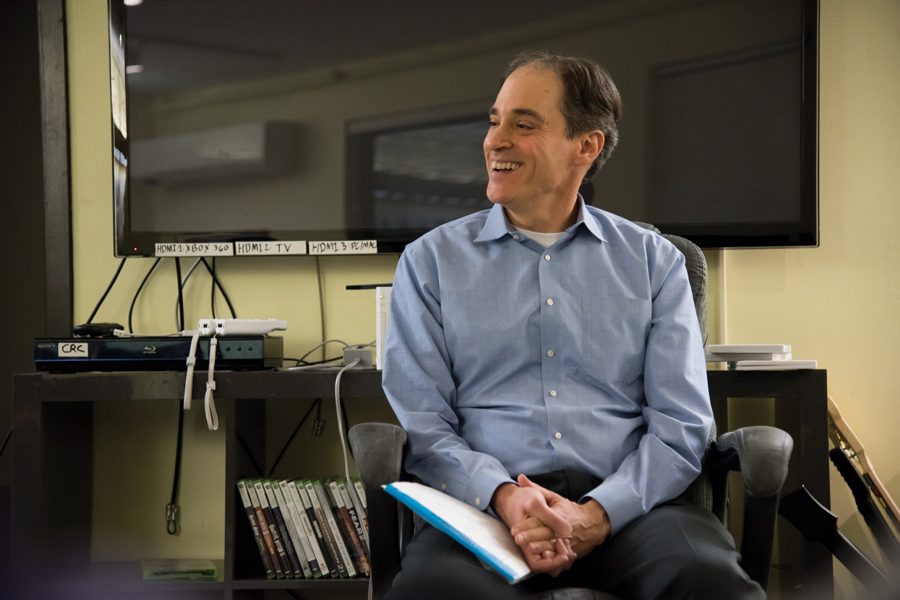 Medill Prof. Jon Marshall discusses the similarities between the Watergate and Mueller investigations. The fireside was organized by members of the Communications Residential College.

The impeachment came as no surprise to Medill Prof. Jon Marshall (MSJ ’91). It was 1974, and Marshall remembered that “impeachment was in the air.” So in August of that year, when the young Marshall was forced out of his position as fifth grade class president, he knew it was part of something larger.

“Dinner table conversations were about impeachment because President Richard Nixon was being threatened with it, so my classmates thought, ‘Well, impeachment is the thing to do,’” he said.

Nearly 44 years after the Watergate investigation brought about Nixon’s resignation, Marshall hosted a fireside — in which faculty members hold informal discussions about topics they specialize in — at the Communications Residential College on Thursday. The fireside examined similarities and differences between the 1974 investigation and the current investigation into Russian interference in the 2016 election.

Special counsel Robert S. Mueller III, who was appointed in May, is investigating possible ties between President Donald Trump’s campaign and the Russian government.

Among the similarities Marshall noted between the two historical moments were disdain from the administration toward the media, appointment of political outsiders as top aides and division among the public.

“One of the big similarities is during Nixon’s first term and now (is) the country was very deeply divided,” Marshall said. “I would suggest we’re very divided right now, too, politically.”

While both Marshall and CRC faculty chair Roger Boye said division ran deeper during the Nixon administration and the Vietnam War era, students who attended said that hearing firsthand accounts of the past provided valuable context for the present.

“I thought it was actually really illuminating to have it grounded in historical context,” Weinberg senior Joey Salvo said. “I think that’s one possible problem of the current situation, is that it’s constantly billed as a unique situation that can’t be compared to anything … but even giving any historical context grounds the discussion and I think makes it a lot more productive.”

Despite the similarities, Marshall pointed out contrasts between the two investigations. He said congressional committees investigating Watergate acted faster and more aggressively and that Mueller’s investigation receives less news coverage than Watergate did because of today’s fragmented media landscape.

CRC academic chair Dylan Kennedy, who organized the event, said he hoped the fireside would help attendees bridge connections between the two investigations without pushing a political agenda.

“This isn’t just an expression of (Northwestern’s) liberalism,” the McCormick sophomore said. “This was not a fireside for the resistance. This was a fireside to think of an interesting historical comparison.”

A previous version of the video mischaracterized President Richard Nixon’s departure from office. Nixon resigned from office. The Daily regrets the error.