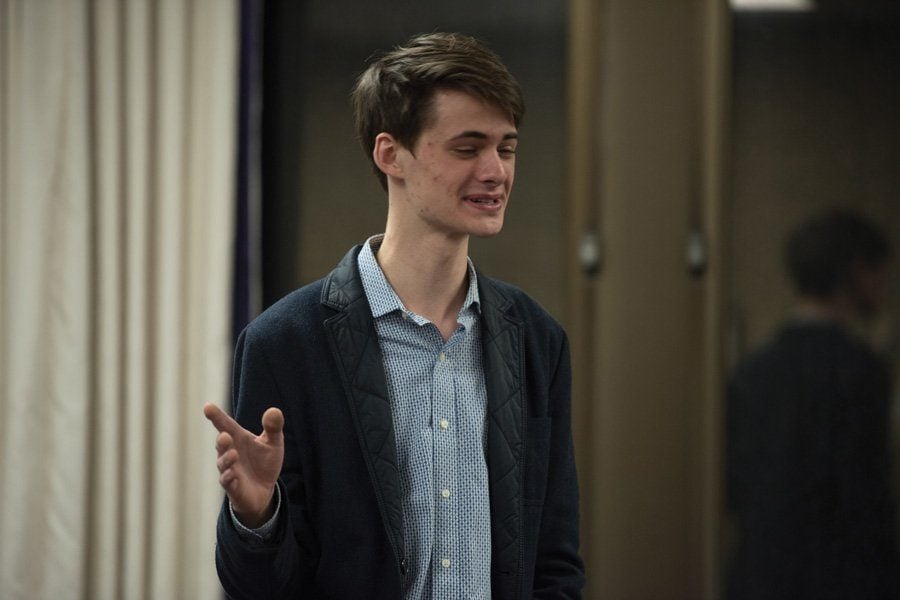 Chief of staff Lars Benson speaks at an Associated Student Government Senate meeting. Senators elected this year’s election commission at their first meeting of the quarter.

There were eight nominated candidates for the seven-member commission, which chief of staff Lars Benson said will set rules for candidates to follow during the election season and take any disciplinary decisions against candidates if needed. Benson, a Weinberg senior, added that the committee will be independent from the current and future administrations.

“The election commission is important because maintaining standards of integrity in the democratic process that we use to select a student body president and vice president is the most important part of what student government does,” Benson told The Daily.

In April 2016, the election commission faced an unprecedented situation when it found that former ASG president Christina Cilento and vice president Macs Vinson had violated election guidelines by receiving information about the voting margin while polls were open. A few weeks later, Senate held what The Daily reported as the first presidential impeachment hearing in institutional history, but did not remove the two from office.

District 3 senator Dillon Saks served on the election commission last year, which he said made reforms after the events of the 2016 election. Saks told The Daily reforms also happened right after the election to prevent further corruption.

“Last year, it was a breeze because there was only one candidate,” the Weinberg sophomore said. “We didn’t have to deal with any of the issues that we had the previous year, so we’ll hope that there’s no incidents this year. But we’re going to prepare for the worst.”

Senate was delayed for 30 minutes because not enough members were in attendance to reach quorum. The student group apportionment committee had an emergency meeting, during which Lumpkin said it removed some long-vacant seats to help reach quorum.

“Attendance will never be taken seriously if there’s no actual recourse for it,” the Weinberg senior told The Daily. “According to the code, it is our right to then reevaluate your seat after two weeks of unexcused absences, and that applies to several groups.”

Other upcoming changes include a new newsletter format that will be sent to students every Thursday with information from ASG, and new programming for faculty sensitivity training.