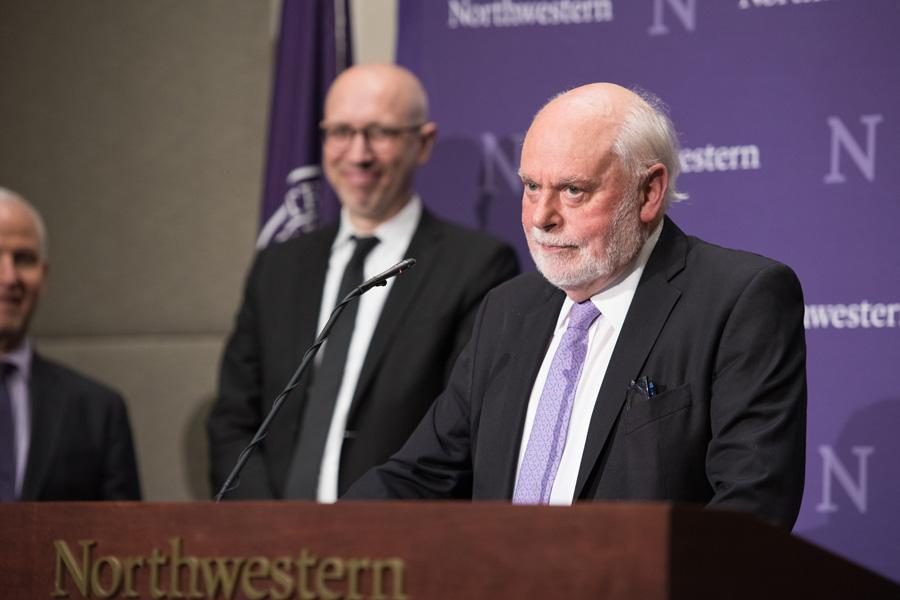 Nobel-Prize-winning chemist Prof. Fraser Stoddart is part of a team selling cosmetics based on nanotechnology.

Stoddart said the nano-cubes are based on a discovery made in his lab several years ago. Lab members found they could join up doughnut-shaped, sugar-based molecules, he said, forming nanosized boxes that are held together in vast arrays.

“You have a situation where the property of this very, very much-extended entity is very, very different from one of the walls of the boxes (which are made of the sugar-based molecules),” Stoddart said.

Stoddart added that the sugar-based molecules have been used for decades in personal care and other industries.

The walls of the boxes can be broken down gradually, such as when they are exposed to the low levels of moisture on the skin, Stoddart added, so the nano-cubes can release their contents over time. It would take longer for a cosmetic ingredient stored in one of the deeper boxes to get out, he said.

Botros, who is CEO of PanaceaNano, said time release is the key advantage of organic nano-cubes. The nano-cubes in NOBLE contain several active ingredients like vitamins and are designed to release those ingredients at specified rates with molecular precision, he said.

“That makes sure that you always have a fresh, continuous supply of active agents,” Botros said.

Nicole Auger, a New Hampshire resident who received NOBLE skincare products in a giveaway, said she was interested in NOBLE because it was based on nanotechnology.

“With the technology, you know that you’re getting long-lasting nutrients in the ingredients, so they’re not absorbing into your skin immediately and flooding your body,” Auger said.

Botros said the company decided to enter the cosmetics industry after researching different markets, but stressed that the nano-cubes also had potential in other industries, like food and pharmaceuticals.

PanaceaNano is also developing other technologies in addition to nano-cubes, Botros added. The company’s website lists multiple areas of research and development, including flexible batteries and solar cells.

Stoddart said the nano-cubes were not closely connected to his Nobel Prize research, though his lab had done some related work with the nano-cubes’ sugar-based building blocks. In 2016, Stoddart was part of a team that won the Nobel Prize in Chemistry “for the design and synthesis of molecular machines,” according to The Royal Swedish Academy of Sciences.

Still, Stoddart said, the nano-cube discovery was “serendipitous” because they didn’t predict that the sugar-based molecules would form extended structures.

“We had not anticipated it,” Stoddart said. “It was just — there it was. And you know, when we saw it, it was mind-blowing.”