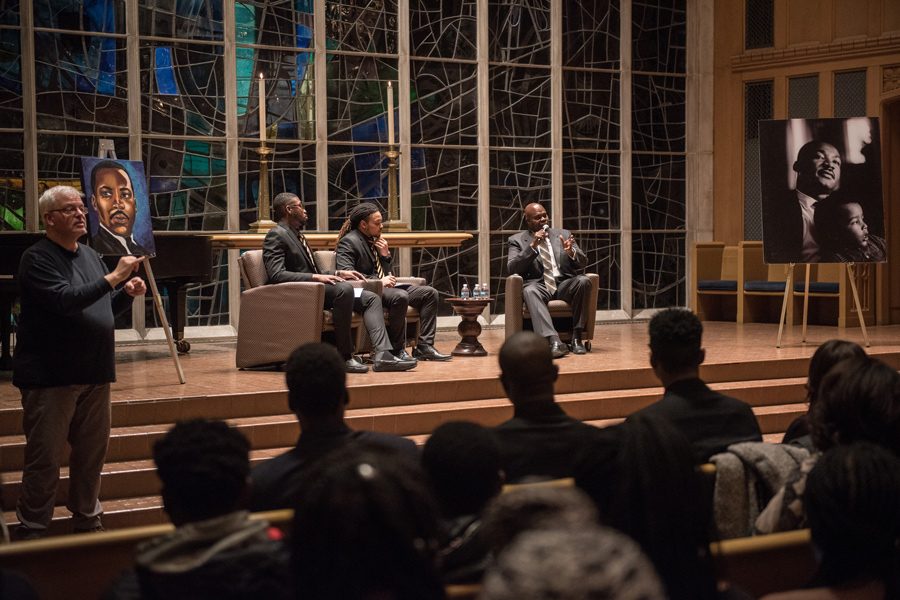 “Dr. King is the part of all of us that we would like to come to the surface,” Thompson said.

Thompson — founder and CEO of Cleveland Avenue — told his story during a question and answer session at the event hosted by the Alpha Mu Chapter of Alpha Phi Alpha Fraternity, Inc.

More than 100 people attended the celebration, which featured musical performances from Northwestern Community Ensemble and Soul4Real, as well as readings of King’s speeches and writings.

Also the former CEO of McDonald’s, Thompson talked about his background and said his education enabled his successful career. It is important to guide young people and give them “internal fire” to figure out their goals in life, he said.

In his message focused on “fulfillment,” Thompson told the story of his son, who spent his first paycheck to give to those in need. Medill freshman Arudi Masinjila told The Daily the keynote speech captured and honored King’s legacy of equality in justice and opportunity.

“(The message was) that fulfillment can come on a small scale as well, and helping one person is just as valid as helping many people,” Masinjila said.

Thompson said part of King’s message was to pay attention to discontent. If we don’t treat others with respect, he said, discontent ultimately leads to bigger problems and unrest.
“Every person has tremendous value and wonderful, interesting stories if you try to know them,” he said. “It’s a travesty to assume the only thoughts that matter were mine.”

JaVahn Iverson, president of the Alpha Mu chapter, told The Daily he chose Thompson as the keynote because he is an example of “the manifestation of King’s dream.”

“(King’s dream) is definitely very, very different and more achieved than it was 55 years ago from when he gave that speech,” the McCormick junior said. “But as many people know, it still has a way to go. And I think it’s important that us who understand and acknowledge King’s vision get reminded of that on a daily basis so it never dies.”