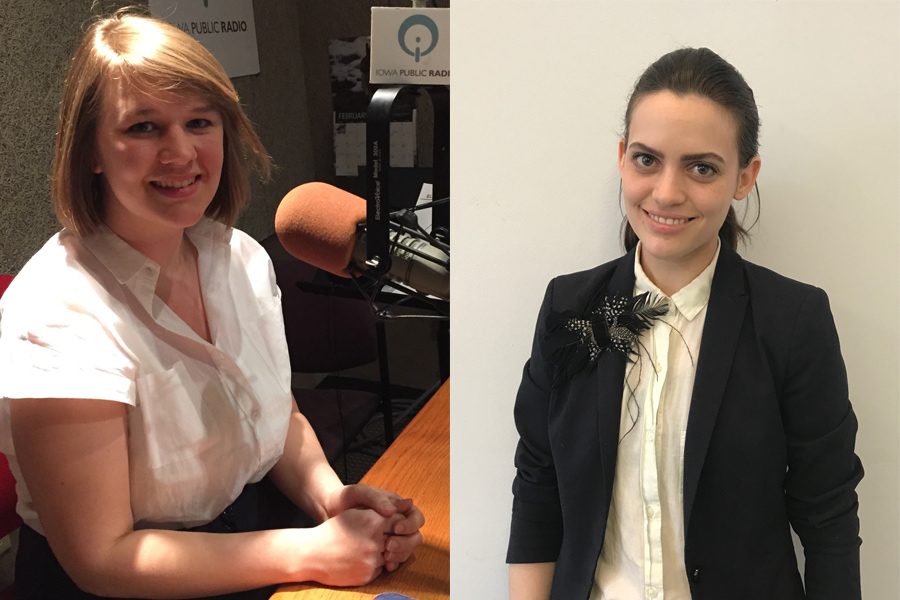 Clare Roth (left) and Anne Jaconette. The two alumni created the podcast “For a Bad Time Call...” to allow women to express their anger.

Women now have a place to anonymously vent their anger over anything from a messed up food order to workplace harassment, thanks to a podcast created by Northwestern alumnae Anne Jaconette (Weinberg ’14) and Clare Roth (Medill ’14).

The two created “For a Bad Time Call…” to give women a place to speak about anything from “the pettiest complaint to the largest injustice,” as they said in the pilot episode.

“I think anger can be really underrated and really motivating, and I’ve always sort of been a fan of using anger to inspire action in your own life,” Jaconette said in an interview. “Not that this podcast is any call to action, but sometimes I call and I feel inspired to do something about it afterwards and sometimes I call and it’s just a good place to let things go.”

Since its launch, “For a Bad Time Call…” has received about a dozen voicemails a week, Jaconette said. From these, they select a few “stand-out” calls to be featured on the podcast.

Women can also make a private call to the hotline, in which they can vent without having their message aired on the podcast.

Jaconette and Roth first met during Wildcat Welcome in 2010. They remained friends throughout their time at Northwestern and beyond, living together their senior year and keeping in touch after graduation.

Jaconette came up with the idea to have women anonymously call a voicemail to express their anger in July. She shared the idea with Roth, who suggested they turn it into a podcast. They released their first episode in November.

Roth said women have called in for a variety of reasons, whether complaining of weight gain or sharing a story of sexual harassment. Roth said the most meaningful call they received was from the mother of a child with autism who could not get her son to put on his pants.

“The frustration she expresses … seems silly, but actually is devastating,” Roth said. “At the end she says, ‘I can’t tell anyone this.’ … Her having that ability to really make her voice heard in a context she normally wouldn’t be able to, that really stood out to me.”

Jaconette said they plan to expand the podcast in the future by having episodes with a specific focus and bringing other guests to add their voices. Still, the voicemails will always be the central part of their podcast, she said.

Weinberg sophomore Serena Salgado said she listens to “For a Bad Time Call…” because it is a good space to vent about life without bringing in men. She said she enjoys how the podcast is both comedic and serious.

With the stress of balancing school work and extracurriculars, Salgado said it is cathartic for her to hear other women share their grievances.

“I think the podcast is really refreshing, and it made me aware that every mention of harassment or discomfort as a woman doesn’t have to be something so serious,” Salgado said. “It still maintains those serious tones while making it lighthearted.”

Roth said she hopes the podcast allows women to feel connected to each other instead of facing problems alone.

“Anger gets put down a lot, anger is not pretty, anger doesn’t neatly fit in boxes. Some people think anger is inherently bad or leads to hatred, and I just don’t think that’s true,” Roth said. “Anger can transform us. … Sometimes it needs to be acted upon, and for us to dismiss it as a whole would be a mistake.”