Willard reopens after more than a year of renovations 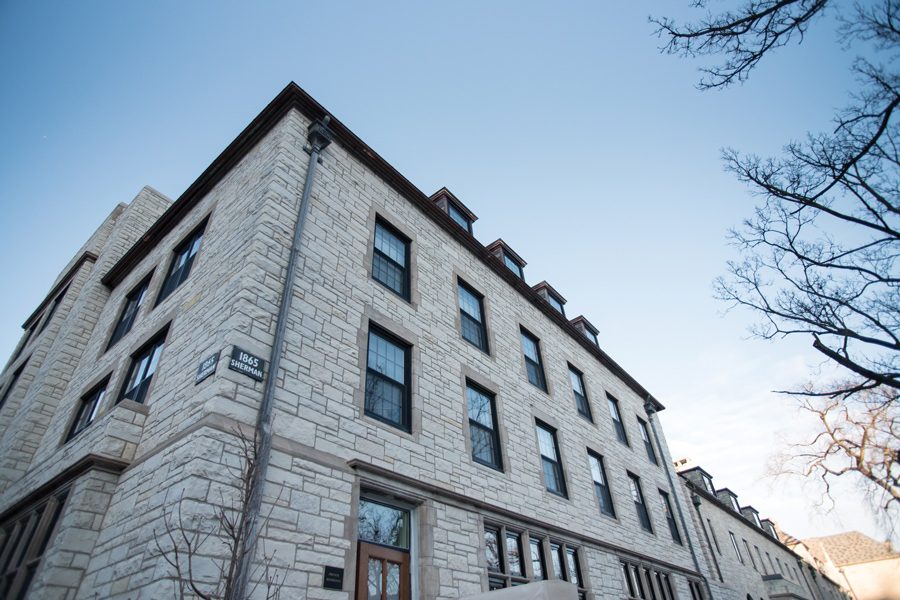 Willard Hall, 1865 Sherman Ave. After over a year of renovations, Willard was reopened to students this week.

After more than a year of construction, Willard Hall opened its newly renovated spaces to students this week.

The renovations began in August 2016, after which Willard Residential College was re-located to 1835 Hinman. Before Winter Break, Hinman residents packed up their belongings, which were stored and delivered to Willard before winter quarter began.

Willard Hall was built in 1938, but Residential Services executive director Jennifer Luttig-Komrosky told The Daily that this was its first major renovation other than small minor changes.

The changes are part of the Housing Master Plan, which has ongoing renovations scheduled for various residence and dining halls across campus.

Paul Riel, assistant vice president of Residential and Dining Services and project manager for the Willard renovations, said they tried to maintain the older look of the building while still installing new, modern electrical work and plumbing. The renovations team now only needs to finish the new faculty apartment on the first floor and is waiting to see if the building needs any touch-ups, he said.

“There’s a real intentional effort to make the building look like it was built in the 1930s,” Riel said. “What’s new here is new, but hopefully it looks like it’s part of the space.”

He added that the new basement area — open to students from other residential buildings — includes a reopened Fran’s Café and an “engagement center,” which houses a 24-hour collaboration room with whiteboards and televisions, a fitness center and a classroom that transforms into a theater or catering space. The first floor, for residents only, has a lounge with a fireplace, large table and full kitchen.

Weinberg fifth-year Newlin Weatherford lives in the newly-reopened building and also lived in the old Willard Hall. He said some of the biggest changes have been the new lighting, radiators with better temperature controls and the removal of the dining hall from the basement.

“Willard had this homey feel, especially with the dining hall,” Weatherford, also the residential college’s president, told The Daily. “There’s a fireplace still, but everything was more dimly lit — I would say like a lodge atmosphere as opposed to this brightly lit engagement center space.”
Communication freshman Hailey Brunson said with all the new features, the move from Hinman to Willard was worth the inconvenience.

“Most colleges don’t have dorms this nice. (Hinman) felt like what I should expect for college. It’s like a hotel in (Willard),” Brunson said. “I’ve given five FaceTime tours to my friends and family, and they’re like, ‘Why do you live in a palace?’”