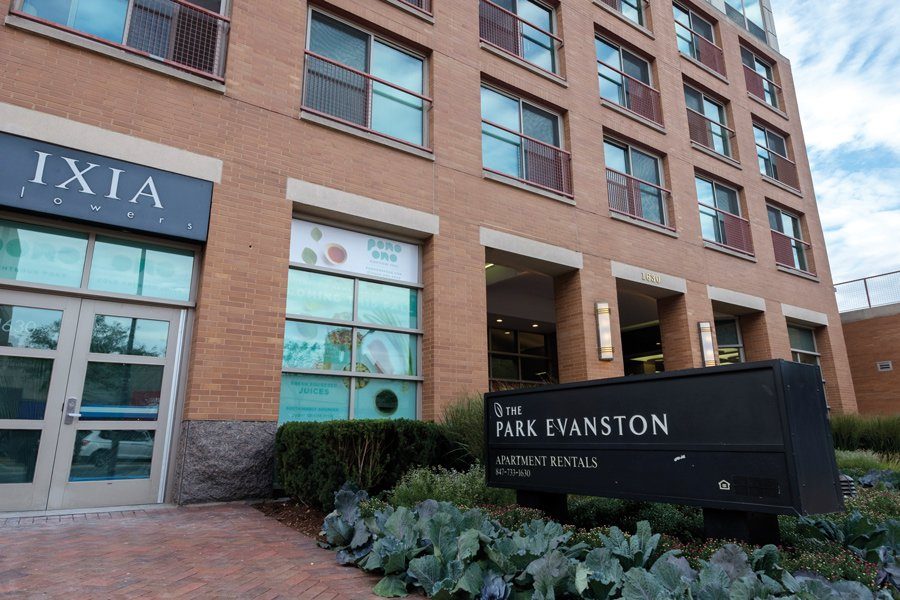 The Park Evanston apartments, 1630 Chicago Ave. The complex was purchased by a subsidiary of New York Life Insurance Company.

A life insurance company has purchased the Park Evanston apartment complex and retail space for a large sum by Evanston real estate standards.

A subsidiary of New York Life Insurance Company purchased the Park Evanston complex at1630 Chicago Ave. for $127 million, said Paul Zalmezak, Evanston’s economic development manager. Zalmezak said the deal was finalized Dec. 7 and that he plans to meet with representatives from the company in the coming month.

Ald. Donald Wilson (4th) said he didn’t think the purchase will change much in the downtown area. Wilson said the buyer will continue to operate the existing apartments and retail spaces, including Whole Foods Market.

“If there’s any way to kind of spruce up and maintain that street space that would be appreciated,” Wilson said. “But it’s one of the nicer buildings around so there’s not a lot to complain about.”

The building opened in the mid 1990s and is likely due for an upgrade, Zalmezak said. He said it is common for big pension or life insurance companies funds to own big assets like the Evanston apartment complex.

“It’s important to have properties in our downtown because it provides density,” Zalmezak said. “The more people we have, the better for business.”

Both Zalmezak and Wilson said they expected the ownership change to increase rents in the building. Wilson said demand for housing in downtown Evanston exceeds supply, and City Council is continuing to address this issue.

Zalmezak said he will watch the development closely, as New York Life will need to come to the city to get permits for renovations.