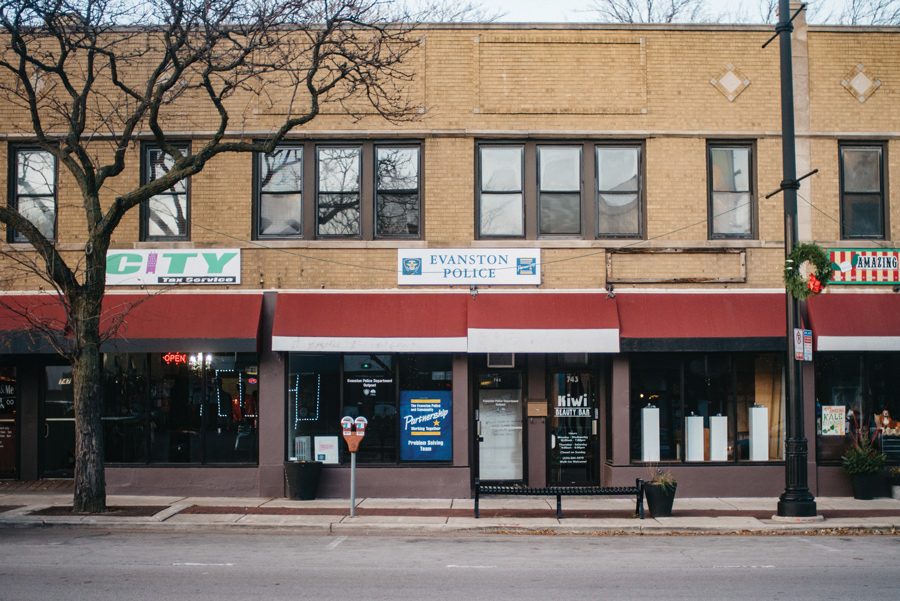 The Evanston Police Department outpost at 745 Howard St. City manager Wally Bobkiewicz said the city considered its budget constraints and weighed the utility of the outpost before deciding to vacate it.

The Evanston Police Department vacated its outpost on Howard Street on Monday, marking a newfound confidence in the safety of an area that has faced crime-related problems.

Evanston police Cmdr. Joseph Dugan said in a Monday news release that the outpost at 745 Howard St. — which the city leased — was “no longer necessary to fight crime.” The outpost, which opened in 1987, moved to 633 Howard St. in 2001 before shifting back to its original location roughly 14 years later. The outpost’s 2015 relocation one block west freed up city-owned space to be leased to potential business owners.

Over their 30-year existence, Dugan said the police outposts have hosted meetings, served as polling places and were utilized as places to meet complainants.

“The outposts have assisted the Evanston Police Department in having a positive presence in the Howard Street area and forge long lasting partnerships between the Police Department and 8th ward residents,” Dugan said.

Ald. Ann Rainey (8th), whose ward encompasses the outposts, said the south end of the city has come a “long, long way” since the first outpost opened in 1987.

Rainey said before the outpost was created, there was very little foot traffic throughout the day even though there were some great businesses. With the arrival of the outpost — which usually had a police car parked out front — people were no longer afraid to visit the area, she said.

City manager Wally Bobkiewicz said Rainey’s vision for an active police presence on Howard was the first step in the active redevelopment on the street.

Bobkiewicz said the city considered its budget constraints and weighed the utility of the outpost before deciding to vacate it. The outpost’s departure from 745 Howard St. will save the city $12,000 in rent, he said.

“For the city to say … the original building that was purchased for this purpose is now going to be an active commercial use, is exactly how, from my view as a city manager, exactly how you want this to work out,” Bobkiewicz said.

Rainey said because people feel comfortable enough to frequent the area without a constant police presence, the city was successful in putting the outpost “out of business.”

“Now we have a lot of exciting, wonderful, tax-paying, entertainment-generating, wonderful things for people to do down there,” Rainey said. “We don’t really need a police outpost any longer, and that is a very positive thing.”