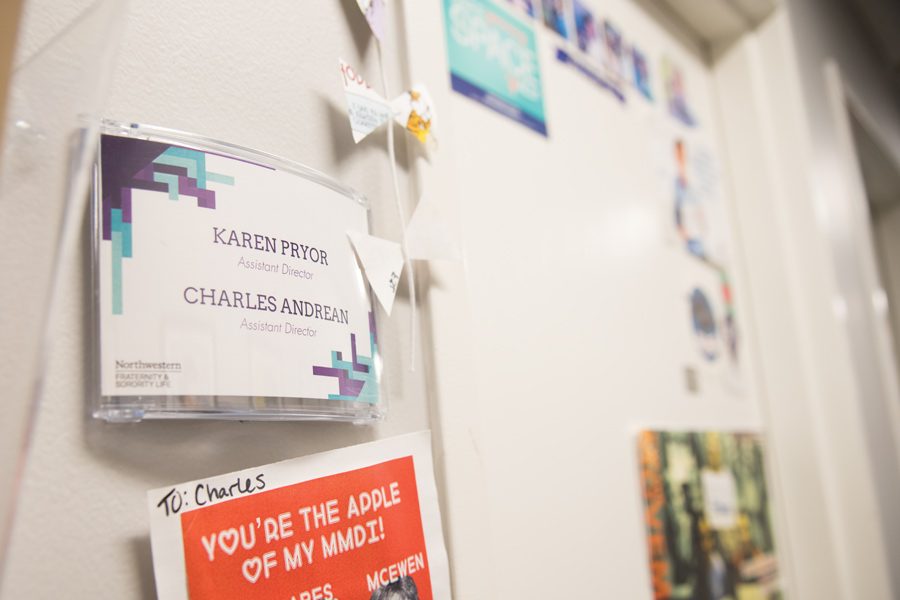 Karen Pryor’s office on the third floor of Norris University Center. Pryor will step down from her position as assistant director of the Office of Fraternity and Sorority Life.

Karen Pryor, assistant director of the Office of Fraternity and Sorority Life, will leave her position at the end of November to accept a new job at the University of Chicago, according to an email obtained by The Daily.

Pryor, who declined to comment, currently advises the Panhellenic Association executive board and individual chapters. She also coordinates formal recruitment in winter.

Prior to coming to Northwestern in 2013, she advised the Interfraternity Council and Multicultural Greek Council at the University of New Mexico.

PHA President Karalyn Berman said Pryor is a “highly valued” member of the community with whom she is grateful to have worked. She said Pryor is an ally for PHA members and also teaches others how to be good allies.

“Karen has shown up as a very sensitive, competent, thoughtful, introspective leader,” Berman said. “She just really embodies what it means to be a really great leader, and she has been such a great role model for us.”

Berman said Pryor was a mentor who taught her how to be more “vulnerable” while still feeling “empowered” as a leader.

Pryor has been especially helpful for the PHA community throughout the “controversies and allegations around Sigma Alpha Epsilon,” Berman said.

“This has been such a hard year for my community and for me personally to try to lead,” Berman said. “Karen has been such a rock for myself and for so many of us … and has taught me so much about how to move forward in everything that has happened.”