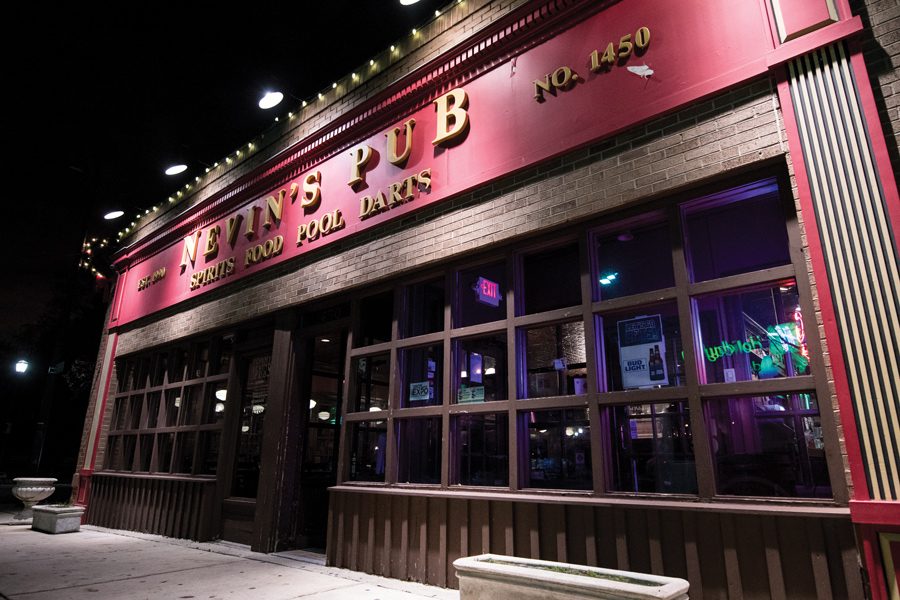 Tommy Nevin’s Pub is a popular bar on Thursday nights — at least for now. On Monday, Evanston City Council approved plans by Albion Residential to build a 15-floor tower that will result in the closure of the bar.

For many Northwestern students, there wasn’t another place in Evanston that better combined cheap alcohol, intoxicated undergraduates and classic camaraderie like Tommy Nevin’s Pub. There’s a reason no one suggested World of Beer or the Celtic Knot as the next Thursday spot.

“It was always a very jovial atmosphere,” Medill senior David Gernon said. “You roll in around midnight, you get a pitcher, find your friends, enjoy yourself. It was just kind of the general atmosphere that I looked forward to every week.”

Aldermen approved Monday a controversial proposal from Albion Residential to establish a 15-floor apartment tower on the lot currently occupied by Nevin’s and Prairie Moon restaurant. As a result, owner Rohit Sahajpal told The Daily he expects Nevin’s to close its doors in late November or early December.

Medill senior Alex Furuya said Nevin’s was special because it was much easier to have fun with friends after a couple pitchers at the pub than in Main Library or Norris University Center.

“We’d all make a move to Nevin’s, get a drink, probably one of those huge pitchers of cider,” Furuya said. “It would be a fun time. We’d finish the pitcher. By that point we’d be like ‘Oh, there’s music,’ and kind of dance a little … we made it dance-y, or at least I tried.”

But students’ time at Nevin’s is limited. Sahajpal said that prior to Monday’s vote, he supported the Albion project and had considered closing Nevin’s due to declining business.

Gernon said he’s disappointed the bar is officially closing after delays to Albion’s proposal kept it open throughout most of Fall Quarter.

“At the beginning of the year I heard it was closing soon, so I made sure to try and go most weeks,” Gernon said. “At first I heard (it would close) at the end of October, and then it kept getting pushed back. To finally get a confirmation, it felt a little surreal. I was pretty sad.”

As the end of the quarter approaches, students have limited opportunities to order a Miller Lite, lose at darts and make an ill-advised Cheesie’s run to cap off the night.

But while there may be several Thursday night staples, McCormick senior Renee Probetts said each trip to Nevin’s takes on a life of its own.

“It’s always a different experience,” Probetts said. “One night, (me and my then-boyfriend) went, and it was right when we first started dating. We both ran into totally random people that we both knew, which was so crazy … because we had very different friend groups, so worlds kept colliding at Nevin’s.”

Some students compared Nevin’s demise to the closure of another previously beloved dive bar, The Keg of Evanston, in March 2013.

Gernon said he will remember Nevin’s as his, and many others’, go-to spot due to its proximity to campus and easygoing vibes.

“Each generation of college students has its own hangouts and spots,” Gernon said. “For the graduating seniors, Nevin’s was definitely a big one. I’ll miss it.”