Alfaro: Goodnight Nevin’s, you will be missed 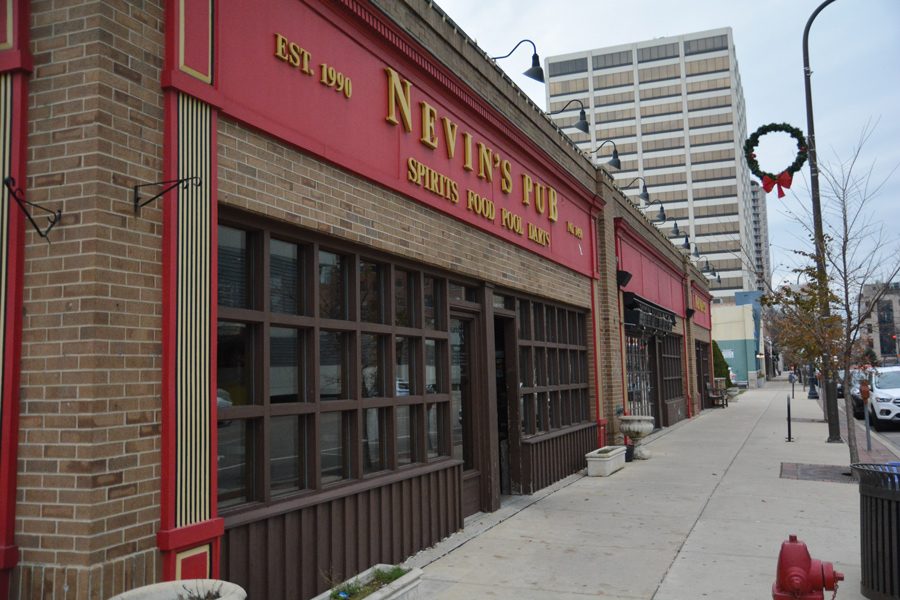 We all knew it was going to happen. We were just waiting for the day.

Tommy Nevin’s Pub will officially close its doors in a few weeks to make space for a fancy new building that will in no way resemble the grit and glory of Northwestern’s favorite bar. The departure of Nevin’s — which comes four years after the closure of The Keg — leaves behind a gaping hole not only in Evanston’s college bar scene but in the fabric of Northwestern society.

There are only two spaces at Northwestern even remotely similar to Nevin’s — Norris and Main. In any of these places you can run into the most random people — friends, enemies, your Wildcat Welcome crush, your freshman year RA and even the occasional TA. The difference is, at Norris and Main you see these people under heaps of books and assignments, enveloped by a cloud of stress. At Nevin’s, you see them holding a $6 pitcher of Miller, enthralled in conversation with a friend, a lover or a stranger.

Nevin’s was the place of awkward flirtations, “incredibly deep” philosophical conversations and where students — “21 and older” — found escape from the daily struggles of class, problem sets and student group meetings. Many hours were spent at Nevin’s throwing darts while discussing the latest Northwestern controversy and, of course, keeping a watchful eye on the door in case that cute person from your discussion section walks in.

I remember my first time at Nevin’s. It was a Thursday night in spring, I had just gotten back from a quarter away from campus and I was reuniting with friends there. Walking into the crowded, hot bar felt like a warm embrace from smiling faces I loved and missed terribly. Though not all nights at Nevin’s after that first one were great and though most will be — or have been — forgotten, I will always remember the sight of so many different Northwestern faces coming together to celebrate another week gone in the never-ending quarter system.

Like me, I imagine hundreds of students and alumni remember Nevin’s with the same hazy fondness.

You don’t really get that at other Northwestern bars.

These last months have been tense for our Northwestern community; it is understandable that now more than ever we students have looked for places where we can just relax with a pint of beer and a group of friends. We joke about Evanston being “Prohibition Town,” a desert. We worry that certain spaces where alcohol is also provided can be dangerous due to uneven power dynamics. I’m not saying Nevin’s was perfect, and that things never went wrong there, but to many of us, it was a great place to go and disconnect from the pressures of being at this university. The walk — or Uber ride on cold winter nights — was short from most off-campus apartments, the costs cheap for the typical student and the music good enough to vibe with for a few seconds before going back to your “deep philosophical” conversation. That is why it is so sad to see it go.

I’m a senior now, which means that in a few months I’ll be moving to a new city where I’ll ultimately be forced to make new friends with whom I’ll find a new bar. Nevin’s will be but a memory. But I still wonder, will Nevin’s become a legend, like The Keg? Will undergraduates a few years from now whisper about it, wondering what they missed due to the poor fortune of being born a few years too late? I hope so.

For now, all that’s left for us is a couple Thursday nights.

This column was updated on Nov. 15 at 9:15 p.m. with new details about when Nevin’s will close.

Mariana Alfaro is a Medill senior. She can be contacted at [email protected] If you would like to respond publicly to this column, send a Letter to the Editor to [email protected] The views expressed in this piece do not necessarily reflect the views of all staff members of The Daily Northwestern.