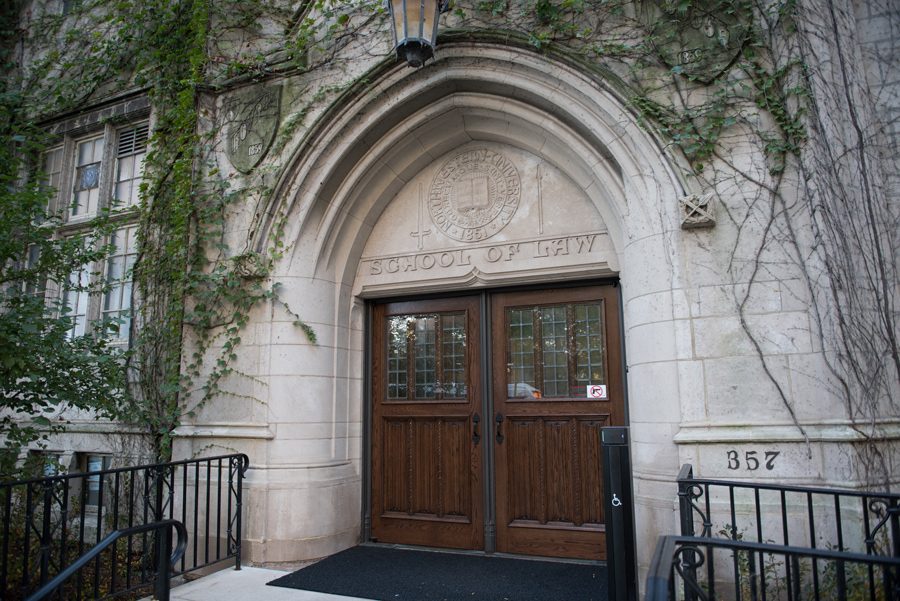 Pritzker School of Law. The Center on Wrongful Convictions helped acquit Kerry Masterson of a 2009 murder, the University announced Monday.

Kerry Masterson, a client of Northwestern’s Center on Wrongful Convictions, was acquitted Thursday of a 2009 murder, the University announced in a release.

The center — housed in the Bluhm Legal Clinic of the Pritzker School of Law — identifies potential cases of wrongful conviction and advocates for criminal justice reform, according to its website. Masterson was represented by a team from the center and law firm Neal, Gerber and Eisenberg.

A jury found Masterson not guilty of the 2009 murder of Michael Norton — a Chicago convenience store owner — in the Circuit Court of Cook County on Thursday, the release said. Masterson was found guilty of the murder in 2011 and sentenced to 58 years in prison.

The Center on Wrongful Convictions began representing Masterson in 2014, the release said. The case was one of the first taken by the center’s Women’s Project, which focuses on potential cases of wrongfully convicted women, according to its website.

During her 2011 trial, Masterson proposed to call an eyewitness expert to testify about the reliability of eyewitness identification, but her request was rejected by the judge. A jury subsequently found her guilty of first-degree murder.

In May 2016, an Illinois appellate court granted Masterson a retrial, claiming her original trial made an error in excluding expert testimony on eyewitness identification.

At the second trial, which began Oct. 27, Masterson testified she was not involved with the crime and and also called a new expert witness. A jury found Masterson not guilty Nov. 2 after less than three hours of deliberation, the release said.

School of Law Prof. Andrea Lewis said in the release that the center is “elated” by the jury’s decision.

“We hope, as administrative procedures and the law change surrounding eyewitness identifications, that the risk of further mistaken identifications decreases dramatically,” Lewis said.