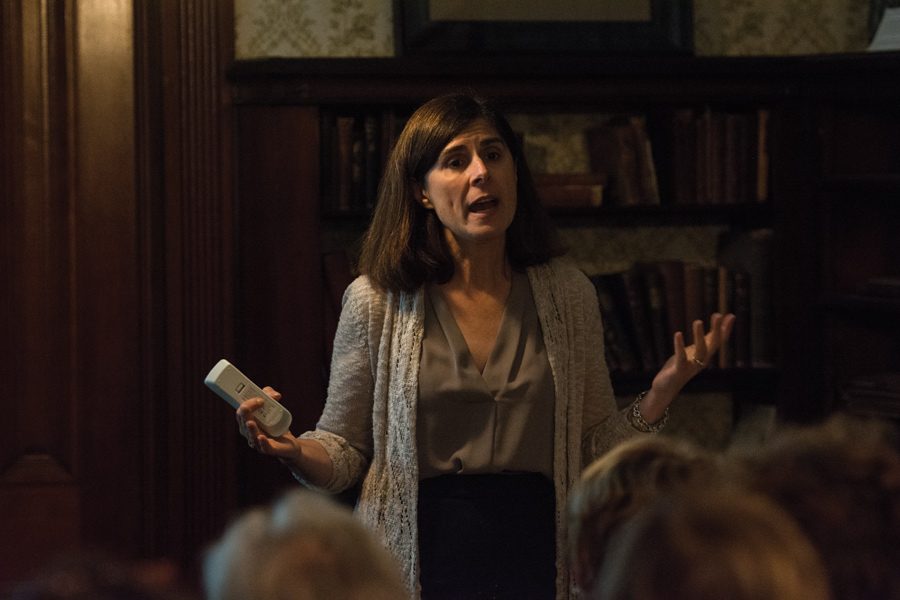 Feminist author Joan Marie Johnson stressed the integral role of affluent women and their acts of philanthropy in funding the women’s suffrage movement at a Sunday talk.

Johnson, who works in Northwestern’s Office of the Provost, discussed her new book — “Funding Feminism: Monied Women, Philanthropy, and the Women’s Movement, 1870-1967” — at the Frances Willard House Museum. Johnson sparked conversation among roughly 30 community members about how key women funded the feminist movement over the years.

“It was the enormous impact of the money — the purposeful and intellectual giving done by these wealthy women — that really enabled the passage of suffrage to come about,” Johnson said.

The conversation took place at a museum named after Frances Willard, a 19th-century American women’s suffragist and political reformer. Despite Willard’s controversial past with the civil rights movement, the historic house promotes discussion about women, temperance and human rights within the local community.

In her presentation to a largely female audience, Johnson described mini-biographies of wealthy women at the turn of the 19th century. She chronicled the discrimination of people like Grace Dodge and Phoebe Hearst that prompted their philanthropy during the suffrage movement.

Despite advances in women’s rights during the peak of the suffrage movement, Johnson said there was some disunity and resentment due to tension surrounding race, ethnicity and identity.

Johnson highlighted the story of Ida B. Wells, an African-American civil rights activist who traveled with the Illinois delegation to Washington, D.C. for a suffrage parade, but was relegated to the back because of her race. Johnson said the story showed that even though the white, wealthy women she studied were working toward sisterhood, they sometimes failed to achieve that goal.

“Their empathy and their vision for change was really was more on that identity of women and they didn’t always see women of color as a part of that,” Johnson said.

“The women’s march on Washington had an online CrowdRise, and they raised over $2 million from 38,000 people in a very short time,” Johnson said. “We don’t have to be so dependent on a handful of very wealthy women, but we certainly have to be dependent on women to make change for women.”

Vickie Burke, chair of the museum’s board of directors, told The Daily she witnessed and experienced the first wave of women’s rights as she grew up in the 50s and 60s.

Burke said she is often impressed with the amount of change that can take place over a short period of time for women’s rights.

“I was given a choice of being a nurse or a teacher, and that was it,” Burke said. “Two or three years later the same women were getting law degrees. It’s amazing.”

Laurie Howick, an Evanston resident and Frances Willard Historical Association member who attended the event, told The Daily there is a disconnect between policies being passed in Washington and those being pushed by the American people.

She said communities need to band together to effect change.

“Politics is how human beings organize societies,” Howick said. “So we have to ask ourselves, how can we mutually achieve what we want to achieve?”

Going forward, Johnson emphasized the need for a united sisterhood in modern women’s rights movements that didn’t exist in the past.

Although more people are contributing to funding efforts, Johnson said, she wants women to unify across race, ethnicity, sexuality, class and other identities.

“We need to be a model of an intersectional, inclusive movement, and we need to figure out how to all march together,” she said.