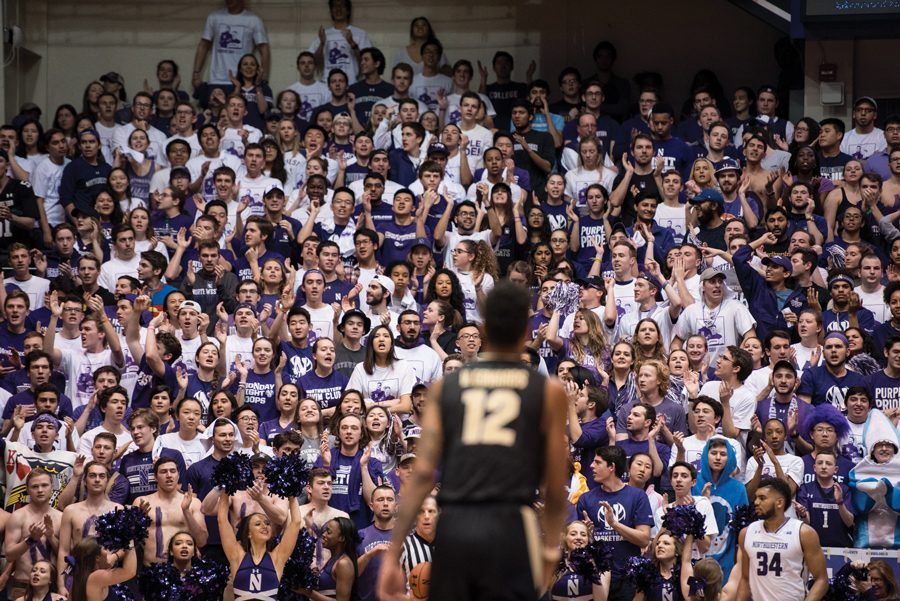 In the final game of the 2016-17 regular season, a sellout crowd of 8,117 packed Welsh-Ryan Arena. CBS televised the game nationally, and legendary play-by-play announcer Jim Nantz described the environment to the Chicago Tribune as “one of the five greatest scenes I’ve been a part of.”

But that Welsh-Ryan Arena is no more, as it is undergoing a thorough renovation during the 2017-18 season. The battle with the Boilermakers was the final game seniors Scottie Lindsey, Bryant McIntosh and Gavin Skelly will play in Evanston. This season, Northwestern will play its home games at Allstate Arena in Rosemont, Illinois.

“I’m hoping with the fact that we’re at Allstate it’ll give us a little bit of an advantage,” McIntosh said. “After everything we accomplished it could be easy to get complacent. I’m sure coach (Chris) Collins will mention that, but hoping the fact that we don’t really have a home game in Welsh-Ryan, that we play with a little bit more of a chip on our shoulder.”

Lindsey said playing at Allstate Arena will be an exciting challenge.

“We obviously built something special at Welsh-Ryan last year,” he said. “Towards the end, that Purdue game was really special. But I think this is a good opportunity for us, I think we can have a really great team this year and if we’re able to fill Allstate Arena I think that’d be really special also.”

NU is coming off its most successful season ever, in which it earned a spot in the NCAA Tournament for the first time ever. The Cats went on to win their first-ever tournament game before falling in the round of 32. This season, they’ll return four of five starters and hope to build off the successful 2016-17 campaign.

Collins said the Welsh-Ryan Arena crowds at the end of last season were among the best he’s ever seen, but said he wasn’t worried about playing in the much larger Allstate Arena.

“I’ve said it all along since day one: If you play well and you win, it’s like the old ‘Field of Dreams’: if you build it, they will come,” Collins said.