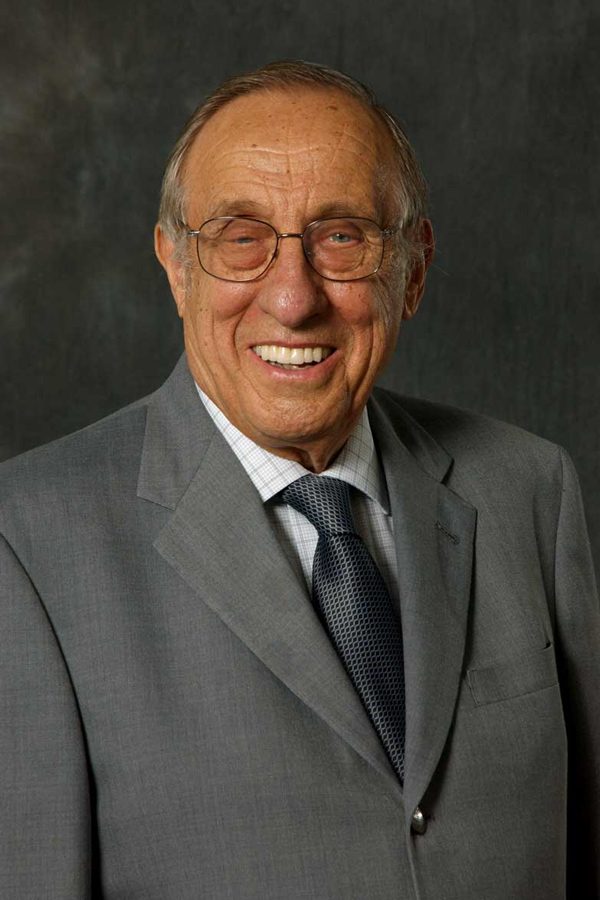 Jacobs, who was 90, served as Kellogg’s dean from 1975 to 2001, transforming Kellogg “into one of the world’s premier management education schools,” according to a news release.

“He quite literally influenced a generation of business leaders in a way that no one person will ever be able to do again,” Kellogg Dean Sally Blount (Kellogg ’92) said in the release. “For me, he was both a mentor and friend. The bravery he modeled in the choices he made on behalf of Kellogg over his 26 years as dean has been and will continue to be a daily source of inspiration to me and countless others.”

At Kellogg, Jacobs — the namesake of the Donald P. Jacobs Center and the Jacobs Wing in the Kellogg School of Management Global Hub — promoted a team-based learning model, which has since been integrated into many Kellogg courses and into business schools across the world, the release said.

Jacobs also “began sowing the seeds” for Kellogg’s executive MBA global network in his time as dean, partnering with institutions around the world and allowing the school to offer a “distinctive” approach to global education, according to the release. He held 10 honorary degrees from the United States, Middle East, Asia and Europe.

“To a great extent, (Jacobs) created the model for business education through the combination of a dynamic MBA curriculum, outstanding PhD programs and intensive executive education,” University President Morton Schapiro said in the release. “Under Dean Jacobs’ leadership, Kellogg achieved extraordinary success and international recognition that continues today. We will miss him greatly.”

In partnership with Jacobs’ children, Kellogg has established the Donald P. Jacobs Memorial Fund in his honor.