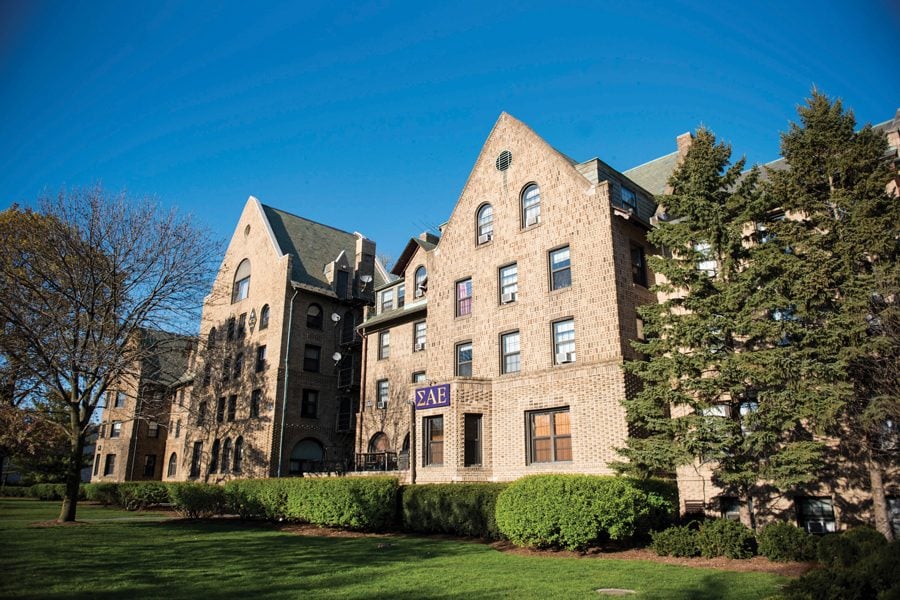 Northwestern will allow Sigma Alpha Epsilon fraternity to return to campus if it “successfully completes” its suspension in 2018, University spokesman Al Cubbage said, even though Interfraternity Council decided Tuesday to cease to recognize SAE until 2021.

In April, the University suspended SAE until September 2018 because the chapter “knowingly violated” its disciplinary probation last academic year, University spokesman Bob Rowley said at the time. A University-led investigation found that SAE had been “repeatedly hosting parties and providing alcohol to minors,” he said.

Despite IFC’s decision, Cubbage said the SAE chapter will be able to resume on-campus living and participation in student life if it successfully completes its suspension. IFC operates separately from the University, and the council’s decisions will not influence the University’s actions, he said.

IFC’s decision would not affect SAE’s ability to obtain a housing lease or live on campus, Cubbage said. As a fully-recognized student organization, SAE could recruit and participate in the Student Organizations Fair as well, he said.

“Certainly we recognize and respect (IFC’s) process, but it’s also important to understand the University has its own policies and procedures that ultimately guide what will happen in regard to SAE,” he said.

IFC president Rodney Orr did not respond to a request for comment about the University’s decision.

SAE’s suspension came after a separate investigation into the SAE chapter last academic year. According to an an email sent by Chief of Police Bruce Lewis in February, the Sexual Harassment Prevention Office received a report that four female students had possibly been given a date rape drug at the SAE house on Jan. 21. The report said two of the students believed they were sexually assaulted.

After a University review of the reports, no disciplinary action was taken against the chapter for those allegations, vice president for student affairs Patricia Telles-Irvin announced in an email to students in March.
Associated Student Government President Nehaarika Mulukutla told The Daily on Thursday that she is “disappointed” with the University’s decision to allow SAE back on campus after its suspension, because it will lead to the existence of a fraternity that is not recognized by other student parties.

“Their presence on the campus would certainly be one that harms (students’) safety and wellness if they continue to act in the manners that they have previously,” she said.

In a statement to The Daily, ASG said it supports IFC’s decision because SAE’s actions have “endangered” and “harmed” students and have displayed a “callous disrespect” for survivors of assault and the NU community.

The statement said ASG will prioritize supporting survivors and preventing sexual assault and misconduct. In addition, it will work with IFC to advance the health and safety of students across Northwestern, the statement said.

The Panhellenic Association executive board also released a statement Thursday in response to IFC’s decision, saying it appreciates IFC’s “boldness and intention” but is concerned with the long-term consequences of the decision.

Once SAE returns to campus from its suspension, the chapter will not be subject to IFC’s educational requirements, community regulations or recruitment event supervision, the statement said.

The statement also said the PHA executive board is “disturbed” because IFC did not consult with its partners — including the PHA executive board, the Office of Student Conduct, the Office of Fraternity and Sorority Life, associate vice president for student affairs Julie Payne-Kirchmeier and University General Counsel — before reaching a decision.

“This decision has implications that broadly, but deeply, affect many different parts of campus, from student life to higher levels of university administration,” the statement said. “All four Greek Councils are self-governing, but self-governance requires partnership and collaboration.”