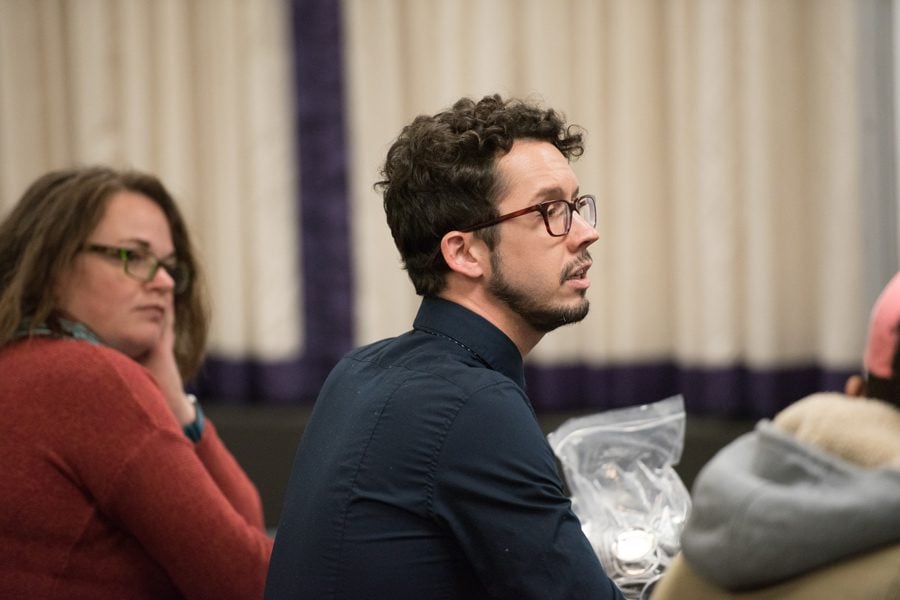 Patterson said she saw the resolution as an opportunity for ASG to stand with non-tenure eligible faculty.

“We support our faculty and unions and labor rights in general,” she said.

Northwestern faculty members filed for an election in June 2016 to vote on forming a union. SEIU-contested ballots and appeals kept the National Labor Relations Board from confirming the group’s membership in SEIU until May this year.

However, the University maintains that it will not negotiate with the union until 25 contested ballots are counted. The non-tenure eligible faculty union filed unfair labor practice charges against the University in September.

Visiting sociology Prof. Jackson Bartlett said although the dispute is in court right now, the union hopes it doesn’t have to take that route. Student support for the cause could drive the University to the bargaining table, he said.

“It’s crucial that we put public pressure (on) and convince the University to sit down with us,” he said.

In a September statement, Provost Jonathan Holloway said the University would not bargain with the union while the ballots remained uncounted.

“The University believes the vote of every faculty member who participated in the election should be counted to ensure the outcome reflects the will of the majority who voted,” Holloway said in the statement.

University spokesman Al Cubbage told The Daily that ASG’s resolution wouldn’t change the University’s stance because the NLRB has not yet come to a decision.

“Students tend to have more power than anyone else,” she said. “We’re sort of at a standstill with the University.”

Senator Katherine Conte, a Weinberg freshman, said she disapproved of the University’s stance on the union.

“It is the University’s duty to negotiate with labor unions,” Conte said. “You don’t have the ability to delay things just because you feel like it.”

But Communication sophomore Leo Scheck, a senator for the Student Theatre Coalition, said he objected to the pace at which the resolution was introduced. Several senators said they wanted more time to consult with their constituents and read over the resolution.

“Our constituents do not like when we just make decisions for them without taking the proper time to discuss and analyze what we’re doing,” Scheck said. “Voting on it rashly without information seems ill-advised.”

Multiple senators abstained from voting, and Weinberg junior Alexander Oltarsh, a senator for College Republicans, voted against the resolution. After the vote, Oltarsh said he felt “ashamed” of Senate.

On Wednesday, Senate also unanimously elected Weinberg junior Julia Shenkman and Communication sophomore Kimani Isaac to serve on the Advisory Committee on Investment Responsibility. The committee collects community input to make recommendations to the investment committee of the Board of Trustees.

This article was updated on Oct. 28 at 3:30 p.m. to clarify that the University will not bargain with the non-tenure eligible faculty union until 25 contested ballots are counted.