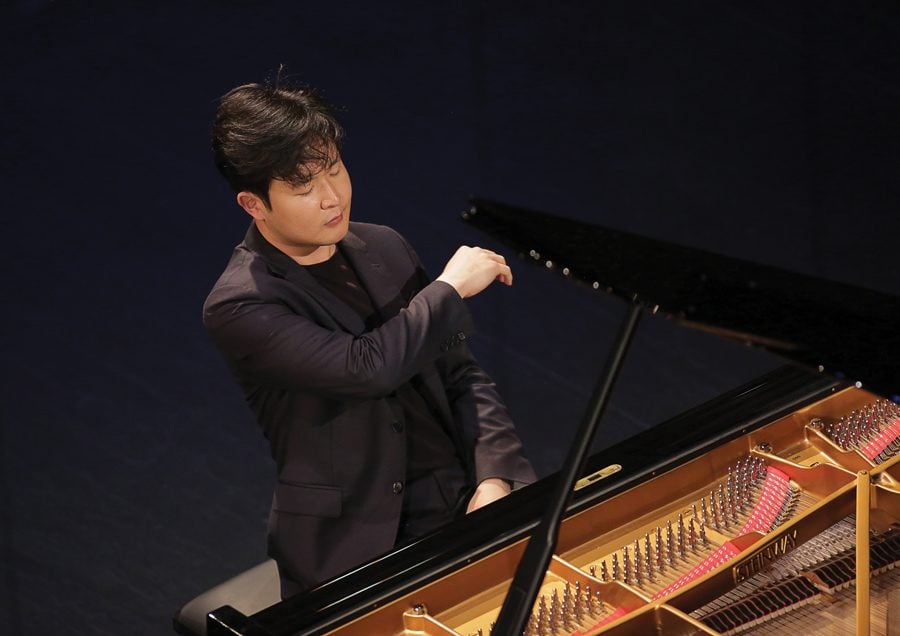 This year, the series will open with Cliburn gold medalist Yekwon Sunwoo, who will perform some of his repertoire from the Van Cliburn International Piano Competition, an event that draws the world’s top 30 pianists between ages 18 and 30 to Fort Worth, Texas, for three weeks.

“I’m really looking forward to performing at Northwestern,” Sunwoo said. “When I came to visit Evanston, I got a chance to visit the new music building. The facilities, the pianos, everything is very impressive, and it’s such an honor to open the series.”

The Skyline Piano Artist Series was introduced in 2015 by Bienen Prof. James Giles after the opening of the Patrick G. and Shirley W. Ryan Center for the Musical Arts. This year’s series will premiere at Galvin Recital Hall on Friday. Only in its third year, the series has already sold a majority of tickets for every concert just through subscriptions, said Jerry Tietz, Bienen’s director of concert management.

Tietz said he took advantage of the timing of the Cliburn competition –– which is held every four years in May and June –– to schedule the winner for this year’s series. Because he was present for the competition’s finals, he said he also met with Sunwoo after the results were out.

“We want a series that in every way rivals the caliber and quality of the series that you can enjoy downtown at the (Chicago) Symphony Center,” Tietz said. “We are constantly trying to find the artists that we think have extraordinary artistry and musicianship, but that would also be appealing to our students and to the public.”

Tietz, who is in charge of programming and recruitment for the series, said it is important to create a lineup that encourages diversity and intimacy, and does not feature “any one type” of performer. He added that because Galvin is a 400-seat hall, the proximity of audience members to the performer engenders a more intimate concert experience.

Bienen junior Derek Hartman, who served as a page turner for last year’s event, said he is excited to witness the Skyline Piano Artist Series grow over the years.

“Most pianists watch at least part of the Cliburn, so it’s really cool to have the gold medalist come and perform for us,” Hartman said. “The series is super ideal for pianists, especially because we (not only) have the luxury of having the great concert hall, but also the prestige for performers to want to come and play.”

Hartman added that the concert series provides several opportunities for students to learn from the performers on a personal and professional level.

Giles said the broad range of performers the Skyline series attracts every year can appeal to any audience.

“The audience knows they’re going to come and hear world-class piano playing, even if they have minimal music background, so this is truly a special opportunity for everyone,” he said.