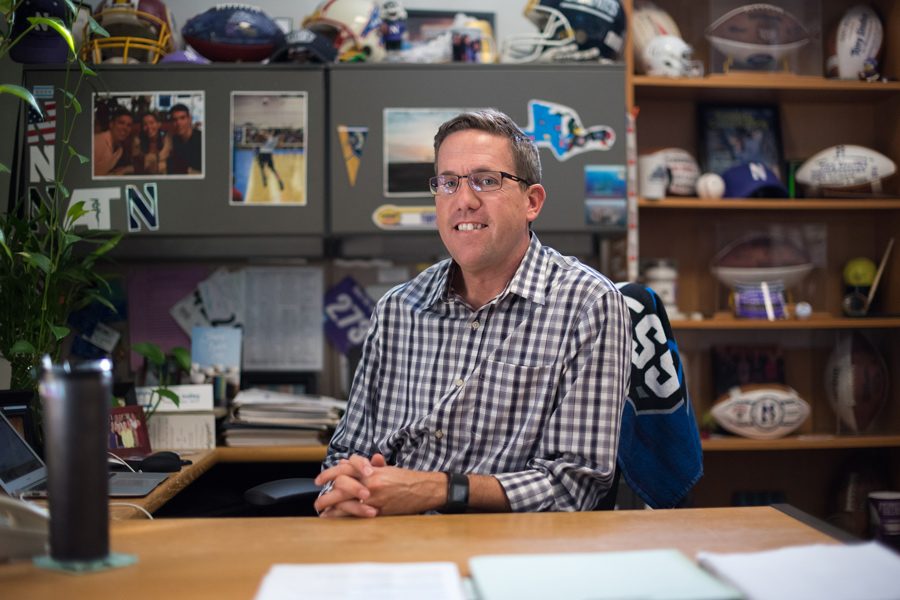 Tory Lindley serves as NU’s head athletic trainer, a position he has held since 2002. Lindley was named president of the National Athletics Trainers Association last week.

“The best part of my job is the impact we make on the health of our patients,” he said. “It’s what drives you every day.”

As president, Lindley said he will represent NATA at health care meetings and health care projects across the world. He said he also hopes to expand the athletic profession internationally and looks forward to opportunities for global collaboration.

In addition to his new role, Lindley will continue his role as the University’s head athletic trainer. He said he enjoys working in a collegiate environment, adding that NU’s athletic department is “fantastic” to work with.

“The college setting has always been the professional draw for me,” he said. “I love the academic environment in addition to providing professional health care for all of our 500 student athletes.”

Lindley said the college setting is unique because he has the chance to teach other athletic training students.

Danielle Colegrove, a senior athletics trainer, said Lindley has doubled the program’s staff during his tenure. More importantly, however, she said Lindley has fostered a group of people who are motivated to do the right thing.

“He is a proactive, energized, forward-thinking leader with a good vision and great ideas,” she said. “He always puts students first.”

Assistant athletic director Paul Kennedy said Lindley is a hands-on leader. He said when athletes are injured during a game, Lindley is among the first to run out on the field.

Kennedy also said Lindley’s genuine care for patients can be seen in the conversations he has with student athletes in the waiting room, where they come for various injuries. Lindley and his team always work to maintain the emotional support students need when they’re the most vulnerable, Kennedy said.

“Tory and his staff take it upon themselves to certainly always be honest and realistic, but also create a culture that’s always upbeat, high energy and positive,” Kennedy said.

Over the six football seasons they have worked together, Kennedy said he has admired Lindley’s ability to manage and lead.

Lindley is capable of leading under pressure, which is important in a department that cares for students in the “prime” of their athletic careers, Kennedy said.

“The staff team, they respect him, they like him, and they work hard for him,” he said. “That’s what any national organization needs.”