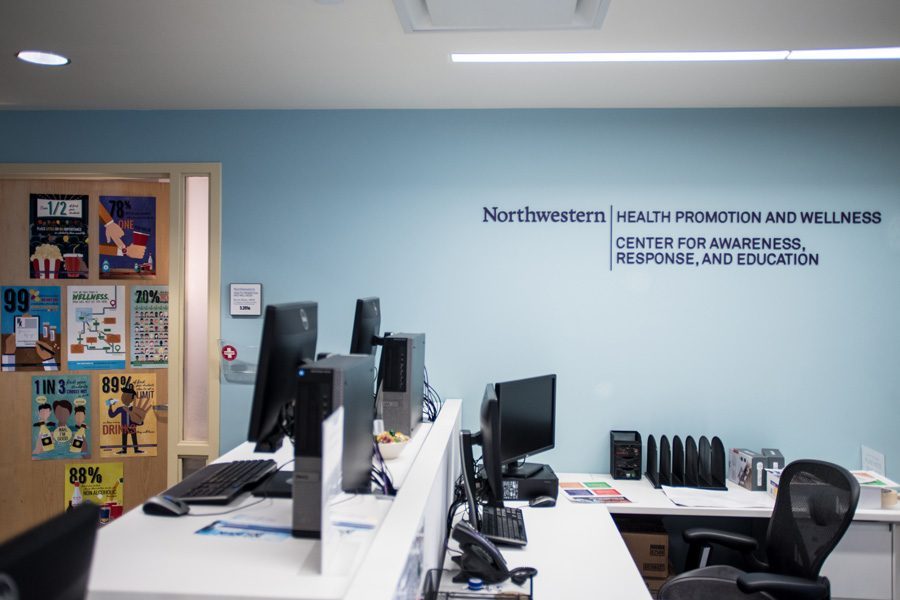 The Center for Awareness, Response and Education at 633 Emerson St. NÜ Men, a collaboration between CARE and Social Justice Education, focuses on deconstructing masculinity and plans to expand programming this year.

NÜ Men plans to add a second cohort to its six-week dialogues on masculinity for Winter Quarter and will host shorter workshops as part of its programming, Northwestern director of Social Justice Education Robert Brown said.

“NÜ Men provides a space for critical self-reflection and community building for men and masculine-identified folks to come together to dialogue about gender and masculinities,” Brown said.

The dialogues, aimed at examining and deconstructing masculinity, are a collaboration between SJE and the Center for Awareness, Response and Education. They began in Spring 2016 after CARE received a U.S. Department of Justice grant. The dialogues typically consist of eight to 10 male-identifying students and two facilitators, said Brown, who is one of the facilitators.

Assistant director of residential life Dan Amato, who co-founded the program and serves as a facilitator, said the new cohort comes after increased interest in the program. He said this expansion was one of the program’s goals from the start.

While the six-week dialogues provide a space for ongoing conversation, Brown said students’ busy schedules and other commitments can make it difficult to commit to the program. To address this, NÜ Men plans to hold shorter workshops.

“Engaging men, particularly college men, in conversations around what it means to be a man … can reduce gender-based violence and develop healthier relationships with masculinity,” Amato said. “We’re always looking for opportunities where we can engage more men in that conversation.”

The first of these workshops — a one to two hour discussion on combatting toxic masculinity — will occur in late November, Amato said, and will be open to all students.

David Gleisner, an NÜ Men participant from Spring Quarter, said he signed up because of his interest in masculinity and gender. Having gone through the program, the Medill sophomore said he often recommends it to his friends.

“It was a really good space to be able to share in those conversations that you normally wouldn’t have with other men — talking about emotions, talking about rape culture, talking about how masculinity relates to the patriarchy,” Gleisner said.

Gleisner added that the dialogues are especially important for deconstructing toxic masculinity as it relates to “fraternity culture.” He said this culture comes from a “traditional” definition of masculinity, which is based on the objectification of women.

NÜ Men is a way to talk about issues within Greek life, such as sexual violence, and then combat those issues, Gleisner said.

Brown said NÜ Men is an important step toward allowing students to understand their own relationships with masculinity.

“It is immensely important that we come together and find space to explore how we’ve internalized gendered messages in our lives and explore our roles in promoting gender equity on our campus with a focus on gender-based violence,” Brown said.