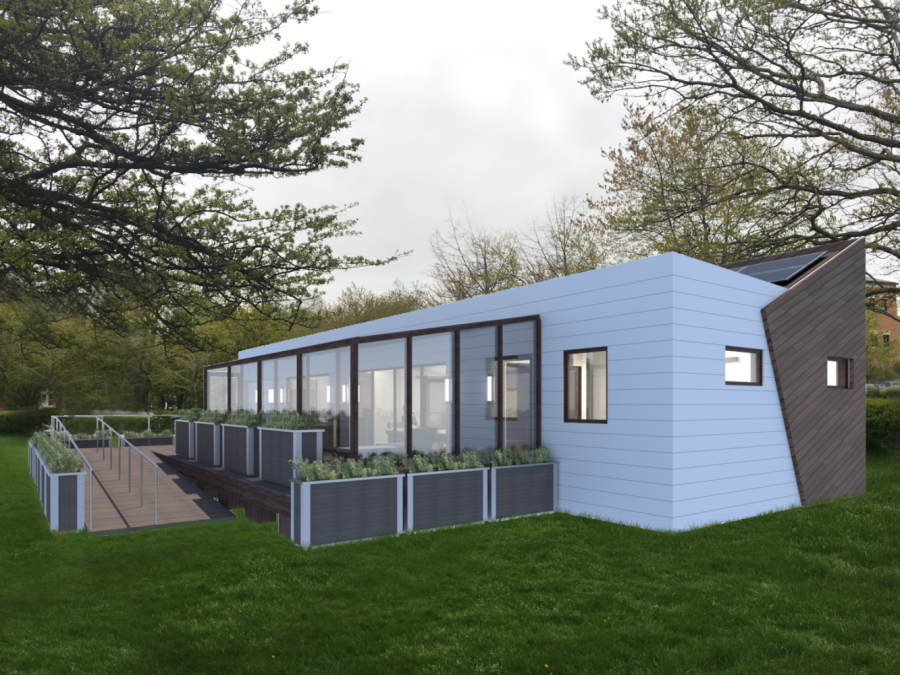 House by Northwestern is NU’s first entry to the U.S. Department of Energy Solar Decathlon. The team placed sixth Sunday after two years of preparation.

The 2017 U.S. Department of Energy Solar Decathlon was held in Denver, and saw Northwestern’s first entry into the competition.

“The project really speaks for itself,” said construction manager Andrew Crane, a McCormick senior. “A bunch of inexperienced kids built a house and it turned out really well. I am incredibly proud of this project.”

Vivien Ng, the house interior designer, said the solar home was constructed in three parts so it could be transferred from Evanston to Denver. The house was shipped in eight separate FedEx trucks, the McCormick junior added. Once the house was sent to Denver, the team had nine days to reassemble it, she said.

“It was incredible how quickly we got it together,” Ng said. “I don’t know if I would be able to do this again. It seems like a once-in-a-lifetime opportunity, but I think it’s worth it.”

Crane said the house can run solely on solar energy and uses structurally insulated panels to provide optimal insulation for the home. Rather than rely on a furnace, the air conditioning and heating use a heat pump, he added.

The 994 square foot home features two bedrooms and two bathrooms as well as a sunroom, mudroom and garage. Ng said the house was sold to someone in the baby boomer population, which was the target demographic.

After surveying baby boomers, Ng said the team found that boomers did not prioritize sustainability in a house. Still, Ng said it was important to give them the requested design elements while also incorporating renewable resources.

“Our approach was to do some research by reaching out to our target demographic and finding out what they actually wanted in a home and designing around that,” Ng said. “Our challenge was to fulfill all of those needs, and I think our house is a good solution to that.”

NU’s solar decathlon team started planning the house’s design in 2015. Construction began in June 2017 and the house was finished Aug. 23.

Help from sponsors and contractors ensured efficient construction, Crane said. He added that companies such as Evanston Lumber, Adrian Smith + Gordon Gill Architecture and other sponsors were essential in completing the project.

Sisson said she is very proud of the house and how the team performed in the Solar Decathlon.

“Our objective with this project was to show that you can have sustainability without compromise,” Sisson said. “You can be just as comfortable and have a beautiful home that can also be sustainable. You don’t have to have this association of sustainability and sacrificing comfort.”