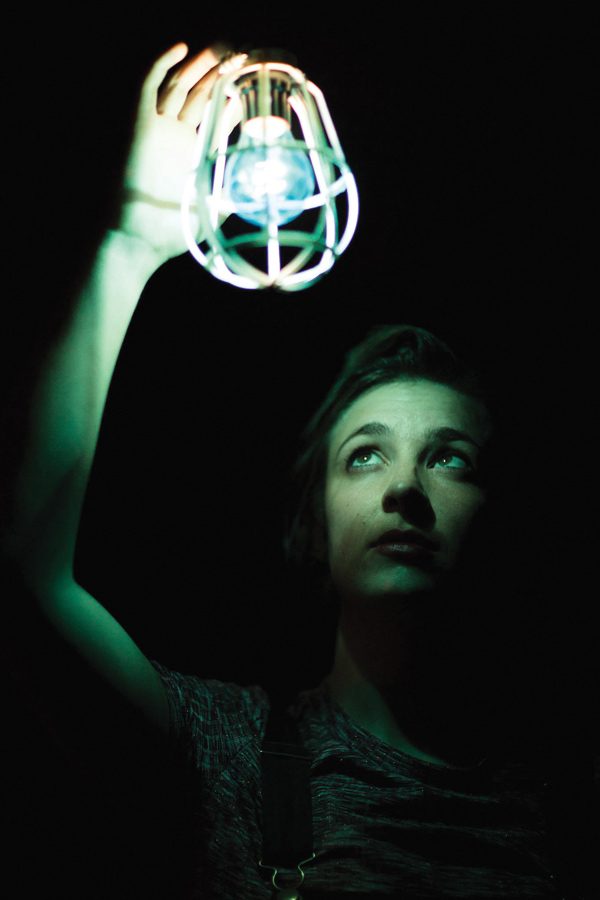 When Kaitlyn Andrews (Communication ’15) first started theater at Northwestern, she said she didn’t expect to veer away from traditional productions. But she soon discovered that neo-futurist theater allowed her to be herself while playing in realistic situations.

“Neo-futurism as an aesthetic really comes back around to honesty and truth,” she said. “The work there is always very relevant and is always rooted in what is real, what is now and what we need to be talking about currently. It is constantly necessary.”

Andrews’ latest show, “Tangles and Plaques,” is collaborative, as the actors engage audience members and write new pieces each week. The production, performed by the troupe Neo-Futurists, premieres Thursday and runs through Nov. 18 at The Neo-Futurarium in Chicago.

“Tangles and Plaques” began as a realization by co-creator and performer Kirsten Riiber, who said she wanted to explore the parallels between theater and memory therapy.

Riiber works as a memory care specialist at the Bethany Retirement Community in Chicago, where residents with memory loss participate in reminiscence therapy to engage in dialogue about their past. Like theater, reminiscence therapy centers on the concept of building a world and helping people recall a different time, Riiber said.

The overarching goal of “Tangles and Plaques” is to build audiences’ awareness and understanding of dementia, said show co-creator and performer Alex Schwaninger, who also works as a memory care specialist.

“The idea behind (the show) is … to give people a feeling of even what it’s like to experience the confusion that comes with dementia-related illnesses,” Schwaninger said.

Schwaninger said within 30 years, much of the population will know someone with dementia due to the large number of aging baby boomers. Due to this impending increase, Riiber said it’s more necessary than ever to direct the attention of art toward the issue.

“A lot of people don’t think about dementia until it’s a crisis situation,” she said. “At that point, it’s difficult to digest this information.”

Unlike most theater, neo-futurism is rooted in truth and reality, which makes it an ideal vehicle for sparking discussion about current topics, Andrews said. All of the actors play themselves on stage and perform work they penned themselves during the show’s creation, she said.

Apart from her interest in experimental theater, Andrews said she was drawn to neo-futurism because of past discomfort in the theater world as a biracial person. Although the theater community is taking strides to embrace diversity in casting, she said she still struggles with the feeling that she is being “othered” by traditional theater casting.

Two years after graduating from NU, Andrews said neo-futurism has allowed her to be more like herself on stage.

“It’s a space and it’s a theater that wants you exactly as you and not for anything else,” she said.