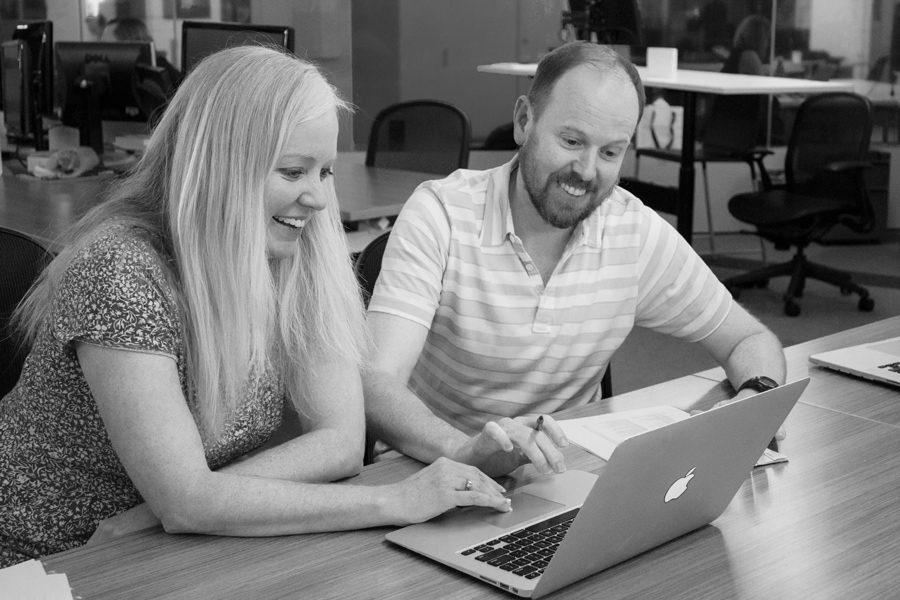 Countless algorithms exist to help users discover their ideal partner. But what if the perfect match was Albus Dumbledore, Ross Geller or Leslie Knope?

For Kimberly Foerster (Kellogg ’98), that person was Meredith Grey from “Grey’s Anatomy,” according to a website she designed to find fictional characters that users can identify with.

Foerster said she was first inspired to develop the program while creating a Match.com profile for her au pair. As Foerster spent more time on the website, she said she was driven to combine her interest in the entertainment industry with the dating platform.

“Committing to a book or binging on a TV show is a lot like a date, because you’re committing your time, money and emotions to someone else,” she said.

Not long after, she created CharacTour, a website for users to match with characters from TV shows, movies and books based on an initial personality quiz. After the quiz is completed, an algorithm identifies characters with similar traits.

Users create a profile and have the opportunity to generate a “love child” with their matches.

The first version of the website launched in August 2015. Since its inception, CharacTour has attracted about 1.3 million unique users, and the team is currently working to produce an iOS app.

Caroline Siede (Communication ’12), a freelancer for CharacTour, said writing for the website has shown her the importance of characters in a fiction plot.

“What’s cool about CharacTour is you really get into the nitty-gritty of an individual character,” Siede said. “It is kind of an entirely different way to think about storytelling, and a very personally driven one. It really gets to the core of what makes people interested in stories.”

Foerster said characters play a crucial role in attracting an audience’s attention, because the determining factor in most people’s entertainment preferences are the characters themselves.

“Take ‘Game of Thrones’ for an example,” Foerster said. “(You watch it) probably not because you’re addicted to fantasy genre or love the violence there. It’s all about the characters’ stories.”

Foerster said TV shows and other forms of entertainment have long been a large part of her life, ever since high school. After struggling to form close relationships with many of her classmates, Foerster said characters helped her find connections she did not otherwise have growing up.

Based on her own experiences and the CharacTour website’s user feedback, Foerster said high schoolers have been a key demographic.

“Characters are what inspire you and how you connect with people,” she said. “Maybe it’s the character that you’re facing the same challenge (as), maybe it’s somebody that you want to ultimately be someday. I think that characters are obviously role models.”

CharacTour co-founder Pete McEntegart said the reason why sequels and book-to-film adaptations are popular is because audiences love to follow certain characters’ storylines. Especially in TV shows, he said, viewers become attached to the characters and continue watching to observe them behave in different scenarios.

McEntegart said he hopes the site will have users think more about what makes a great character. However, he said he also hopes it helps users on a personal level.

“Using characters and these personality quizzes … can be kind of a medium of discovering more about yourself,” he said.