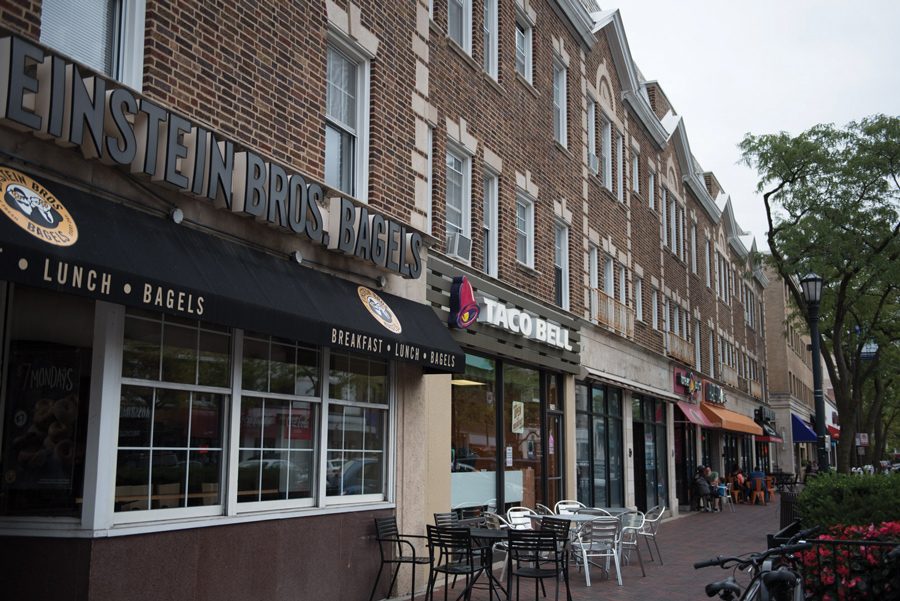 The 1700 block of Sherman Avenue. Local businesses have been affected by the Cook County soda tax, which is to be repealed by Dec. 1.

The Cook County Board of Commissioners will likely repeal a controversial soda tax now that enough commissioners have signed on to override a veto by Board President Toni Preckwinkle.

The soda tax — which went into effect Aug. 2 — levied an additional one penny per ounce on sugary drinks. It has garnered criticism from local business owners and the beverage industry, which began a “Can the Tax” campaign advocating for a repeal.

Sean Morrison, 17th District commissioner, said in a Friday news release he submitted an amendment to the repeal ordinance that would eliminate Cook County’s sweetened beverage tax effective Dec. 1, the beginning of the county’s fiscal year.

“I would like to thank my colleagues for working together so diligently to come to an agreement on such an important issue,” Morrison said. “It has not been (an) easy task but in the end, we have reached an agreement that will address the concerns of our residents and businesses.”

Preckwinkle supported the tax to avoid cuts to criminal justice and public health in the county, according to the Chicago Tribune.

However, some Evanston business owners like Hecky Powell of Hecky’s Barbecue told The Daily in August that they have unfairly borne the brunt of the tax. He said having to pay the soda tax on top of Evanston’s minimum wage increase has forced him to lay off some employees.

“I’m doing my best not to do that — I gotta raise my prices, I’m trying to hold on to see if people are going to pay this increase,” Powell told The Daily in August. “This is a domino effect. It’s going to affect my suppliers too, and they’re going to have to raise their prices.”

Megan Marshall, a graduate intern for the Office of New Student and Family Programs, said the office purchased lemonade for fewer Wildcat Welcome events this year due to the new tax.

“We had a few events where in the past we had done catering with lemonade and soda, and in one of the events this year we just got rid of both and just had water,” Marshall said. “If we had included lemonade in the event it would have been an additional $160, which was crazy.”

The commission will meet to vote on the matter Tuesday, and 11 votes are required for a veto. Twelve out of 17 commissioners have said they oppose the tax.