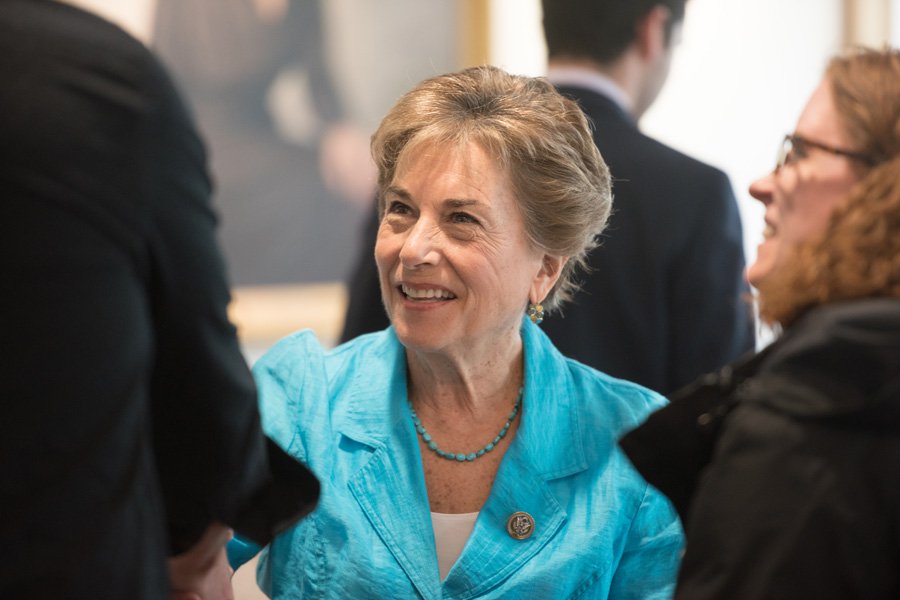 U.S. Rep. Jan Schakowsky (D-Ill.) at an event in May. On Thursday, Schakowsky took to the House floor to criticize the proposed Republican budget.

U.S. Rep. Jan Schakowsky (D-Ill.) took to the House floor Thursday to criticize the proposed Republican budget, which would cut funding to some federal aid programs.

The budget would decrease funding for Medicare and Medicaid by $1.5 trillion, defund Planned Parenthood and cut funding for food stamps by $154 billion, Schakowsky said. The U.S. House of Representatives passed the GOP budget 219-206 in a Thursday vote.

“I am proud that the House supported a budget that reflects responsible stewardship of taxpayer dollars and reassures the American people that we are committed to effective governing,” Black said.

Though the budget would cut taxes for the wealthy, it would increase taxes on 30 percent of middle-class households that make between $50,000 and $150,000 a year, Schakowsky said, citing the nonpartisan Tax Policy Center.

Schakowsky said the program cuts are not needed and that it is possible for aid programs to receive adequate financing. She urged her colleagues to reject the GOP budget and instead support the Democratic alternative.

“We can have quality health care, affordable child care, debt-free college, secure retirement and world-class infrastructure, but not if we give massive tax cuts to the wealthiest individuals and corporations,” she said.