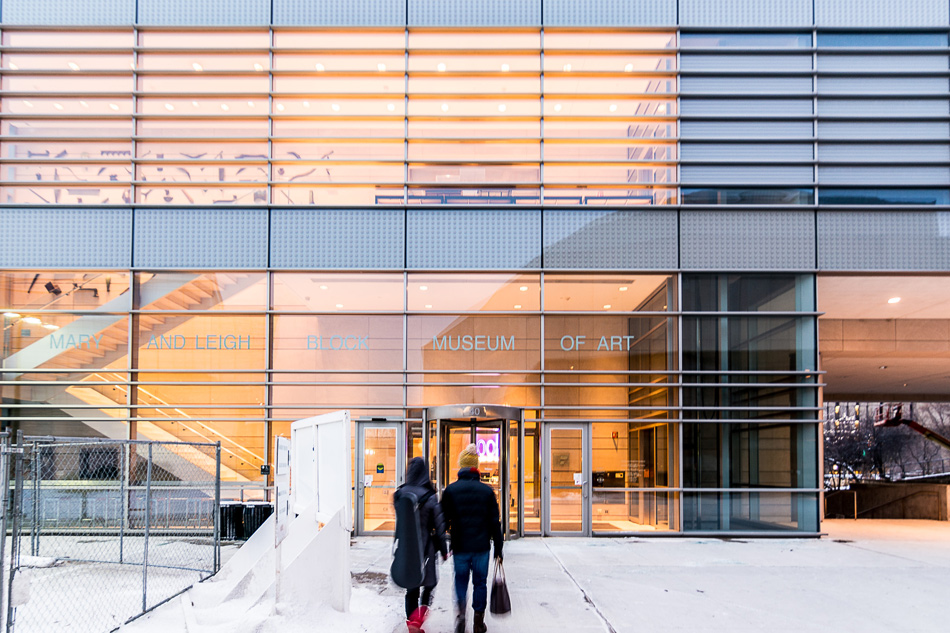 The Block Museum of Art, 40 Arts Circle Dr. Professors presented on Wednesday about revolutions in the 1960s and their effects on the political and cultural climate.

Northwestern professors tackled cultural issues from the 1960s during a lecture at the Block Museum of Art on Wednesday.

The event, titled “Love and Then Some: 1960s Protest and Liberation, Civil and Human Rights,” built on the ideas of social transformation highlighted in the museum’s current exhibition, “William Blake and the Age of Aquarius.” Four Northwestern faculty members presented on revolutions in the 1960s and their effects on the political and cultural climate of the time.

History Prof. Michael Kramer spoke about how Jimi Hendrix’s music reflected the counterculture of the decade. He said Blake would have liked Hendrix’s oppositional anthem, “Purple Haze,” which displayed a more “ominous” call for liberation.

“This is no call for peace and love,” Kramer said. “It’s a fuzzed out nasty snarl, a sneering announcement that something is not right.”

She said that despite the differences in the movements, both critique the social norms of intimacy and advocate for living in ways that challenge those norms.

“What I want to suggest in comparing these two figures about the politics of pleasure and the pleasure of engaging in politics is that we should recognize both of these figures as fundamental to the sexual revolution and as important contributors,” Partridge said.

History Prof. Michael Allen analyzed the politics of the left, specifically about how radical students were dissatisfied with the liberal establishment. When they arrived at universities –– including the University of Wisconsin and University of California, Berkeley –– students were dismayed that professors taught how to maintain the status quo when they wanted to transform it.

“The work of William Blake, the visions that he offers, it seems to me were one way for some of (the students) to reimagine the world that they had inherited,” Allen said. “To imagine it in a way that would be more democratic, more safe, more humane and ultimately a more beloved community.”

African American studies Prof. Martha Biondi offered a look back on failures of the Civil Rights Movement and connected past defendant’s rights campaigns to today’s Black Lives Matter movement. She said with each landmark Supreme Court case there were more stop-and-frisk and “No Knock” laws that set back the defendant’s rights movement.

Susy Bielak, recently named the associate director of engagement for the Block Museum, said she hopes audience members consider how various issues related with each other in the 1960s. The intent of this event was to spark dialogue about civil rights and liberation, she said.

New Trier High School junior Isabella Roselli said she learned several new perspectives. Before the event, she said she had been unfamiliar with subjects like Jimi Hendrix’s relation to liberation and the sexual revolution.

She said she enjoyed Allen’s talk about division within the political left.

“A lot of times we look at politicians who are all liberal and we think that they are all good, but that’s not necessarily true,” Roselli said.