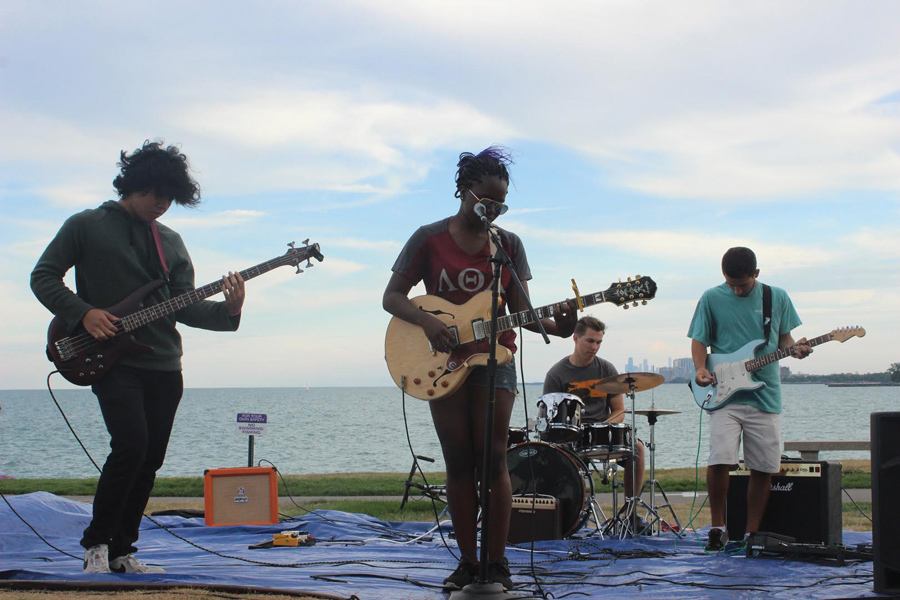 Most people wish evidence of their freshman year could be erased from memory and social media platforms. Instead, Medill sophomore Debbie-Marie Brown took her freshman experience and turned it into an album.

Brown released “Armageddon” — her second album to date and the name of the title track — on Oct. 2, just nine months after she dropped her first album, “Mindful Isolation.”

“Armageddon,” which was released on Spotify, Bandcamp and Apple Music among other platforms, features 15 tracks of spoken poetry and songs Brown wrote about her growth and struggles over the past year.

“(The album is about) dealing with everything in college,” Brown said. “Dealing with realizing how you’re raised isn’t the same as how everyone else is raised, and there might be some things growing up that you have to reconcile with.”

The newest album’s songs are more personal and self-reflective than the tracks on “Mindful Isolation,” Brown said. She added that she had to do some soul searching when creating each piece.

“It wasn’t me just playing around,” Brown said. “It was like, ‘I’m going to figure out who I am in this song or in this poem.’ I don’t think I had the skill or the dexterity as a musician to do that with ‘Mindful Isolation’ and I think I learned how to really do that in this album.”

In addition to lyrics with deeper content, Brown wanted to explore different sounds. While her first album was entirely acoustic, Brown planned for “Armageddon” to feature a full band. So, Weinberg junior Eric Van Camp signed on as her drummer, and Brown reached out to Communication sophomore Gibran Wirjawan, lead singer and guitarist of student band Kodiak Grove, for help recording and producing the album.

Van Camp said the album is very artistic and incorporates a “singer-songwriter” and “indie-rock” vibe that allows the compilation to cross genres. Van Camp, who has been drumming for over 10 years, said he was surprised how swiftly the album came together.

“Debbie reached out to me at the end of last year (and) that summer we set up a drum set in my basement and (Wirjawan) brought over two microphones and we just recorded it right there,” Van Camp said.

Wirjawan added that producing the album was a fun experience and allowed all three of them to grow as musicians.

Over the past year, Brown’s presence has grown on campus. She gave several acoustic performances for student groups, and has opened for Kodiak Grove in the past. Most recently, she performed during Wildcat Welcome at the mental health True Northwestern Dialogue and a Chi-Town Pop Up event at Norris University Center.

Brown said the album is “very raw,” and shows her growth as a lyricist and musician. She said she “didn’t hold back” with this album, touching on her own experiences with mental illness, being queer and having parents that are pastors.

Her songs showcase how she has matured mentally and emotionally throughout her time at NU, she said.

“It’s really important that people prioritize their mental health while they’re at NU,” Brown said. “My music and poetry is my defiantly saying this is how I’m going to protect myself here. … I just want to encourage people to defiantly figure out what works for them.”