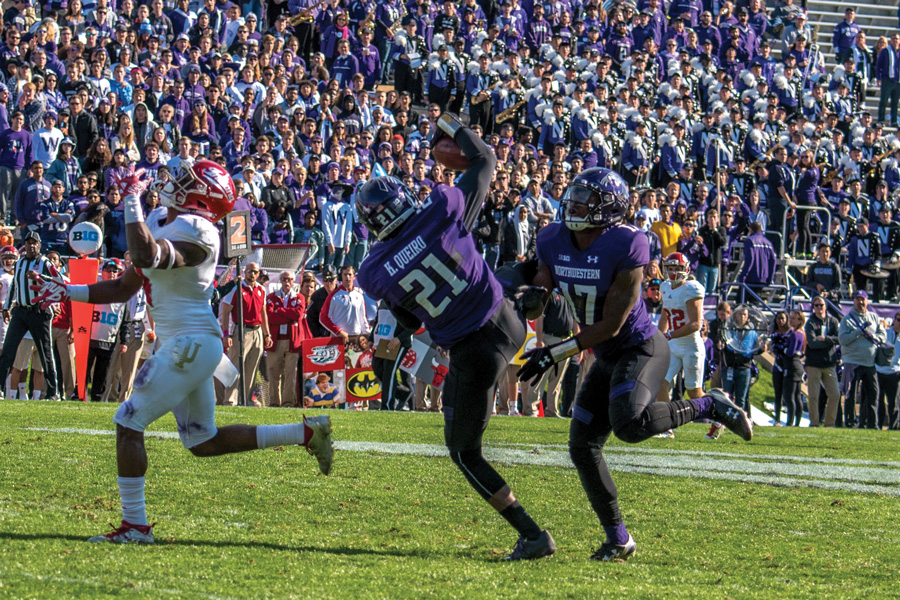 Football: Looking back at ‘Thanks for the INT’ as homecoming approaches

Northwestern’s 2016 season was an unpredictable roller coaster. The same Wildcats that managed just 7 points against FCS foe Illinois State dropped 54 on Michigan State. The same squad that had Ohio State on the ropes in October got bulldozed by Minnesota in November.

And yet, the most unlikely story of last season might have been a handful of predictions that came true. Three times, NU defensive backs accurately forecast their own interceptions on social media — culminating in a rousing, acrobatic takeaway in the team’s homecoming contest against Indiana.

The #B1GCats secondary is now 3-for-3 this season on predicting interceptions.

First, safety Godwin Igwebuike preemptively tweeted “Thanks for the int,” ahead of a September matchup with Duke, following through in the third quarter. Second, Jared McGee posted “Thank you Lord in advance for the INTs” on Instagram before delivering with an interception against Michigan State. Third, and most audaciously, safety Kyle Queiro tweeted “Thanks for the INT” before the homecoming game against the Hoosiers despite wearing a full cast on his broken left thumb.

Like Igwebuike and McGee, Queiro found his faith rewarded, as he pulled down a spectacular one-handed grab in the fourth quarter against the Hoosiers. The interception earned the safety a spot atop SportsCenter’s Top 10 Plays on ESPN.

Reflecting on the play this September, Queiro said his foresight came to him during prayer.

“I called my dad actually,” Queiro said. “I told him that ‘I’m definitely going to have an interception this game.’ And he was like, ‘what are you talking about, you have one hand, that’s not going to happen.’ He was like, ‘just focus on getting some tackles, Kyle.’”

He came through Saturday afternoon. Igwebuike said Queiro told him after halftime about his tweet, with the clock ticking for him to fulfill his post.

“I was like, oh snap, you tweeted it bruh?” Igwebuike said. “I was like, alright, dog. You gotta go get one.”

He got it in the fourth quarter. Originally out of position, Queiro found his way to the ball while backpedaling under a long pass off play action, reaching out with his one functional hand to make the play.

After tumbling to the turf with the pigskin, he held up his cast, “just to let everybody know,” he recalled. The interception ended a drive for the Hoosiers, who had cut a 21-point deficit down to 12. The Cats went on to win 24-14.

The play itself followed a similar path to Igwebuike’s five weeks prior. Igwebuike had originally been out of position when he made his interception too. But Igwebuike laughed this September that there are situations where “you’ve just got to be a player.”

McGee’s interception, on the other hand, came on a deep jump-ball. He said the Cats were in a three-deep coverage and that he “posted up on the receiver, got a feel for him, got a feel for the ball.” When the ball arrived, the then-sophomore safety made the play. Another prayer answered. 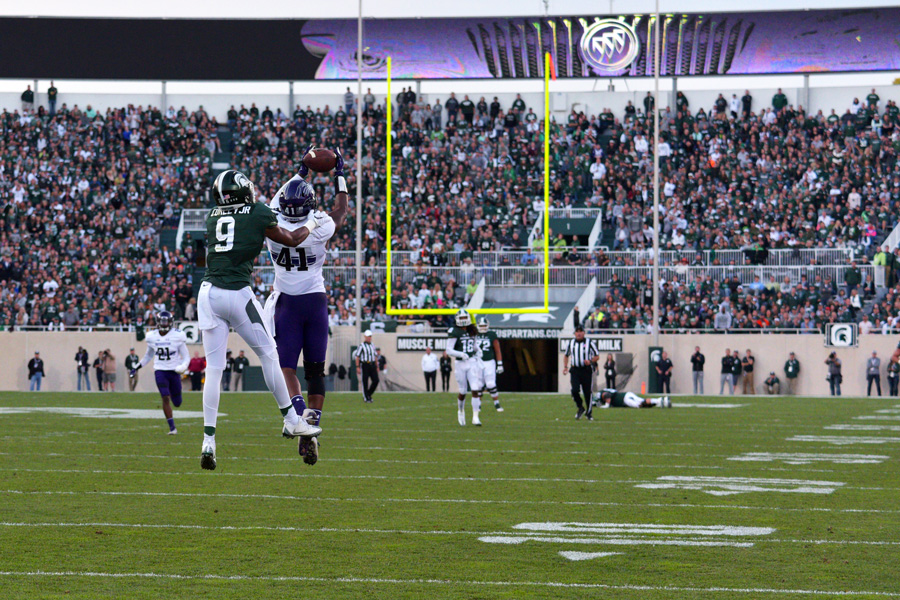 As NU approaches this Saturday’s homecoming game against Penn State, the squad’s defensive backs have yet to turn out any social media prophecies or invocations. But asked last month whether “Thanks for the INT” might rear its head this campaign, Igwebuike and Queiro, now seniors, would not rule it out.