NU alumna, professor star in all-female production of Shakespeare’s ‘The Taming of the Shrew’ 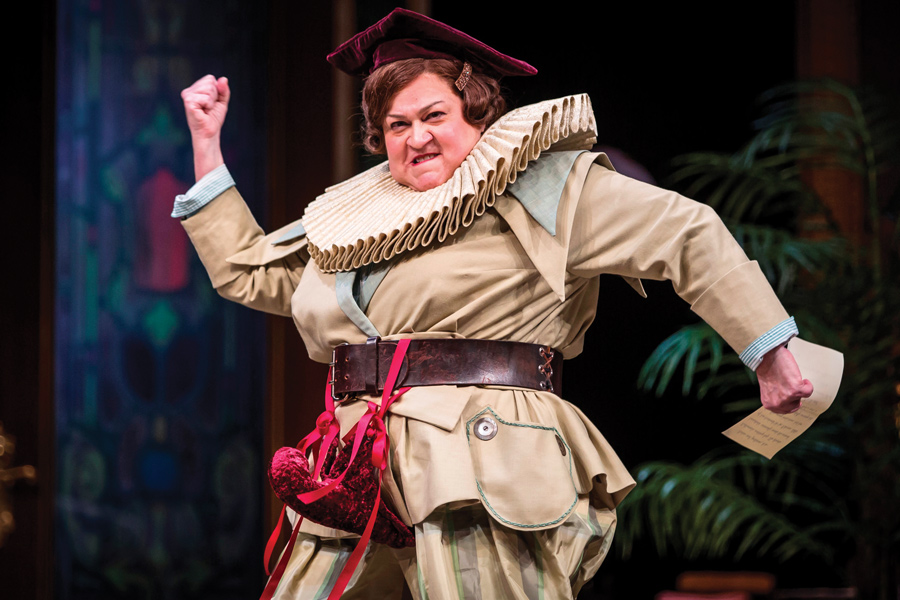 Communication Prof. Cindy Gold performs in the all-female production of William Shakespeare’s “The Taming of the Shrew.” The production will run until Nov. 12.

The all-female production of William Shakespeare’s “The Taming of the Shrew” features the acting talents of Northwestern alumna Heidi Kettenring (Communication ’95) and Communication Prof. Cindy Gold, while Barbara Gaines (Communication ’68) serves as the show’s artistic director.

The production explores Shakespeare through a new lens, assistant director Rinska Carrasco said. The plot revolves around a fictional 1919 Women’s Club performing their own production of “The Taming of the Shrew” as they participate in the suffragette movement, she said.

“We pulled first-hand accounts so the ladies would have something to grasp on,” Carrasco said. “We continued to figure out how the suffragette framework fits with (the play).”

Gold –– who plays Sarah Willoughby, a “straightlaced suffragette” — said the play is especially relevant because of the country’s current political climate. She added that she still sees sexism toward women, a prevalent attitude throughout the performance.

“With Barbara’s insight … we were able to make new connections,” Gold said. “Shakespeare was writing a type of farce making fun of the prototypical masculine man. He was showing us the worst of mankind and making us laugh at it.”

Carrasco said “The Taming of the Shrew” has traditionally been a controversial play because of its language toward women. She said it was important for the show to find comedy within the dark themes and send a “powerful message” to the audience.

Despite the sexism evident within the play, Kettenring said she found that viewers reacted differently due to the all-female cast. Kettenring portrays the characters of Tranio and Mrs. Dorothy Mercer.

“I’m standing in the audience when Petruchio says, ‘She is my goods, my chattels,’” Kettering said. “The feeling (in the audience) when a woman says it isn’t anger or disgust — it’s sadness. It’s really moving for the audience to hear.”

The show, which will run until Nov. 12, is “sweet and special” because of how NU is incorporated into the storyline, Kettenring said. The cast members make multiple references to Chicago and Evanston as part of the women’s club narrative, she said.

Kettenring said the University influenced her as much as it did the play. The relationships she built with theater professors during her college days helped her when she began auditioning in professional productions, she said.

“There’s something really sort of magical living where I went to college, doing what I wanted to do,” Kettenring said. “It’s really cool to work with people who used to teach me. To be in (this) show where there’s (multiple) generations of alums is really special.”

Influenced by the show’s messages, Gold said she is interested in encouraging NU students to think about gender openness and its relation to casting. Gold will bring in Los Angeles Women’s Club artistic director Lisa Wolpe near the end of Winter Quarter to teach students about the process of gender-bent casting.

“It’s very interesting to see how far we’ve come and how regressive we still are,” she said. “(The play) is shockingly relevant.”