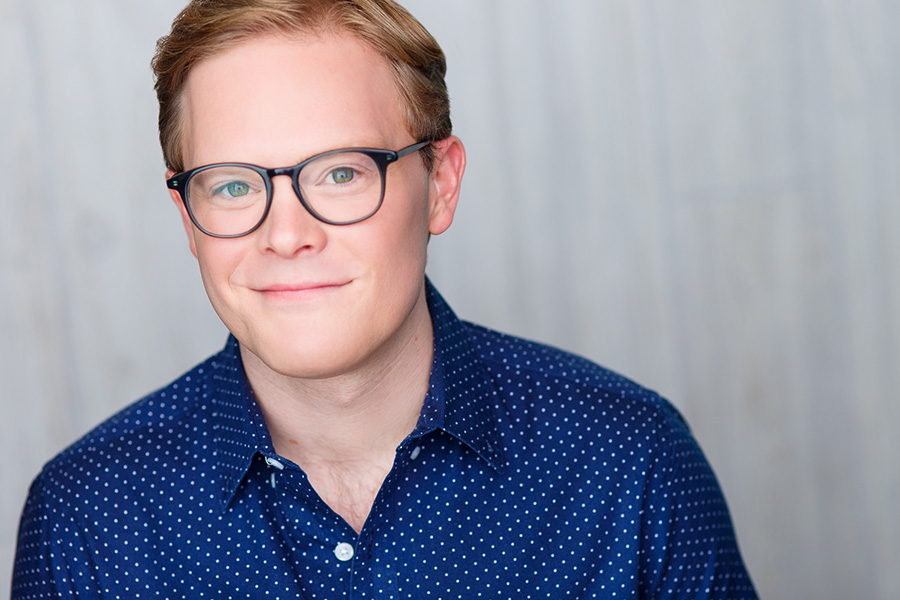 To brighten his day, Weisman picked up a copy of “Harry Potter and the Sorcerer’s Stone,” returning to the Wizarding World for the first time since college. Within six weeks, Weisman had devoured all seven original books cover to cover, and had even gone further to read the latest addition to the popular franchise, the script for the West End production of “Harry Potter and the Cursed Child.”

Soon after Weisman finished the play, his agent called with an audition opportunity for the Broadway arrival of “Harry Potter and the Cursed Child.”

Five weeks later, as if by magic, Weisman had an offer to be on the show.

“All of the timing was a little too perfect,” he said.

Following a successful run in the West End, the play will open in New York on April 22 at the newly-renovated Lyric Theatre. The Broadway production will feature seven members from the original cast and several new actors, including Weisman in an undisclosed role.

Madeline Weinstein (Communication ’14) will also join the Broadway cast, but could not be reached for an interview.

Although Weisman is prone to becoming “starstruck,” he said he is approaching this opportunity just as he would any other role.

Weinstein will make his Broadway debut after a decade based in Chicago, he said. In the past, he recurred on NBC’s “Chicago Fire” and performed regularly at the Chicago Shakespeare Theater and with the TimeLine Theatre Company.

Now, he’ll have the chance to perform in one of the season’s most anticipated productions.

Based on an original story by Rowling, Jack Thorne and John Tiffany, “Harry Potter and the Cursed Child” picks up 19 years after the original series leaves off. As it was in London, the play will be split into two successive parts.

Weisman said the play stands on its own, and does not rely on the fame of the Harry Potter franchise to draw audiences in.

“It would be too easy for (the writers) to have been lazy, for them to have written a mediocre play and done a shabby job and just relied on the name to create a commercial success,” Weisman said. “But instead, it’s John Tiffany who’s one of the most inventive and intelligent directors of our time right now. … Every detail has such thought and is so brilliant.”

Weisman said he grew up as a “casual fan” of the series, having read the books and watched the movies once. However, after re-reading it, he realized how special the series really was.

“These are masterpieces,” he said. “This is just the great mythology of our generation and we are so lucky to have these books. … I just really became a fan with a capital F.”

The jump to Broadway marks the next big step for the NU alumnus, who performed with The Titanic Players improv team and was a member of Northwestern Sketch Television while on campus. Before he makes the leap, Weisman will make his final run in Chicago as Jordan Berman in “Significant Other,” a play produced by About Face Theatre and Theater Wit.

Communication Prof. Gail Shapiro, who taught Weisman for three years while he was at NU, said Weisman is a “courageous actor” who is not afraid to lose himself on stage. Although he was always a tenacious performer, Weisman’s work became more meaningful and inventive over time, she said.

“He thinks about more than just himself, and I think has always been that way,” Shapiro said. “But his idea of what good work is evolved. … He shifted out of being smart and clever to someone … (whose) work became beautiful and deep.”

Foster recalled a day when, after trudging to class in traffic and getting her car stuck in the alley, Weisman lifted her spirits by beaming with excitement upon experiencing his first snowfall. Ever since, her nickname for the Florida-raised actor was “snow angel.”

“I was like, ‘Wow that’s such a childlike … joy about life,’” Foster said. “And he brings that to his characters. I think what is different is that there’s also a very honed skill set, and I think the two make him so loveable on stage.”

After he was cast in the play, Weisman took his mom to The Wizarding World of Harry Potter at Universal Studios for Mother’s Day — the first time either of them had been.

Walking through real-life interpretations of the series’ most iconic settings, Weisman said the reality of being cast in the latest entry finally hit him.

“I just started crying and was like, ‘Oh my gosh, I’m going to go on the Hogwarts Express in a year,’” he said. “I literally feel like I’ve been accepted to Hogwarts.”