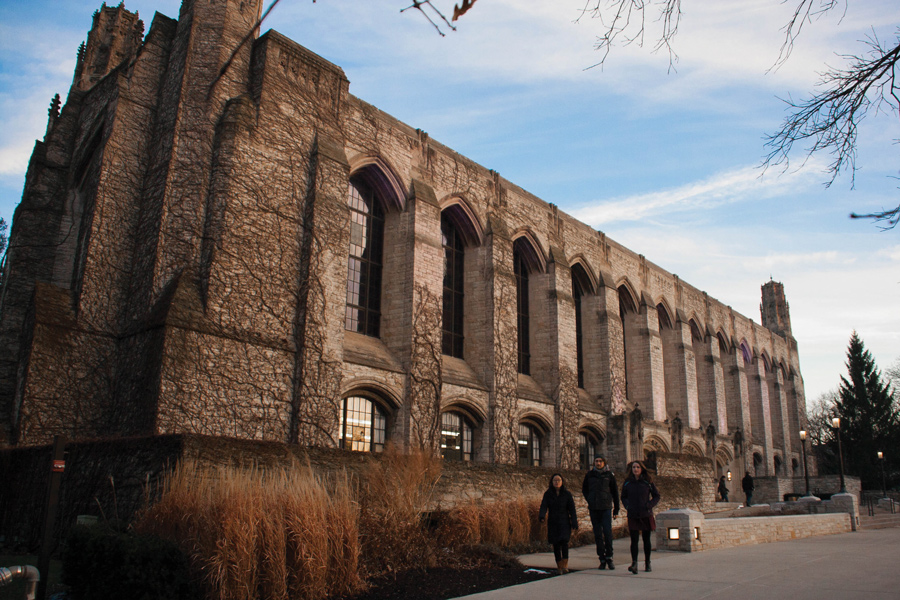 Deering Library, 1937 Sheridan Rd. The University has begun fundraising for a renovation of Deering that will cost between $60 million and 70 million.

Fundraising for general library projects, including the Deering proposal, began with the University’s “We Will” campaign, Pritchard said, though the campaign has not yet raised enough money for the renovation. NU Libraries is working with Chicago-based HBRA Architects to develop designs, but the project has not yet received the official “green light,” Pritchard said.

Clare Roccaforte, the library’s director of public relations, said funds will come from both the University and donors. In addition to making Deering more accessible, Roccaforte said the renovation will increase visibility for the library’s unique materials.

“One of the primary drivers of this project is to connect Northwestern students with rare and valuable materials and to do that in a safe and secure environment,” Roccaforte said. “By doing this renovation, we put these things that are available only at Northwestern front and center in the community.”

Deering Library recently underwent major construction in 2012, when the west doors were reopened permanently for the first time since the 1970s. Roccaforte said the University used the same architects for that renovation, and that NU plans to tackle future endeavors with similar respect for the building’s history.

“We’re approaching this project with such respect to … the character of this building,” Roccaforte said. “Our goal is at the end of it you might not know anything is different.”

As part of the construction plan, Pritchard said the connection between Deering and Main libraries will be updated. She said the pathway is currently “really confusing” and needs to be made more accessible with new stairwells and better corridors.

The plan includes fixes to electricity, plumbing and lighting problems, in addition to new bathrooms on the main floor and an accessible elevator, Pritchard said.

“The exciting thing about this renovation is it improves student, faculty and community access,” she said. “It improves spaces for learning, and it improves security at the same time. Usually those things are a tradeoff: If you want to make things more secure, then you have to cut down on public access.”

She said the building will be made more public and accessible through more effective zoning and the consolidation of valuable materials into Deering’s stacks of books.

The renovation will be completed all at once, rather than in stages, because of the project’s scope. Pritchard said this approach will be more cost efficient but will require materials to be transferred — either to Main Library or to NU Libraries’ facility in Waukegan, Illinois — so students and faculty can retain access.

In addition to fixing the “guts” of the building, Pritchard said the plan includes new classrooms for students to learn and study rare books without leaving the library.

Martin Antonetti, director of distinctive collections for NU Libraries, said it’s important for students to have a space to explore Deering’s unique offerings.

“We want to create an ambiance where this material is demystified,” he said. “(Students should) feel more comfortable coming into a special collections area.”

A start date has yet to be announced, but Pritchard said construction should take less than two years to complete.

She also emphasized the proposed renovation’s place within a larger plan to improve campus libraries.

“We see all of our library buildings as part of an ecosystem,” she said. “The whole idea is to make the building more welcoming and usable for the way education happens today, while also restoring the beauty and protecting some of the campus’ unbelievable assets.”