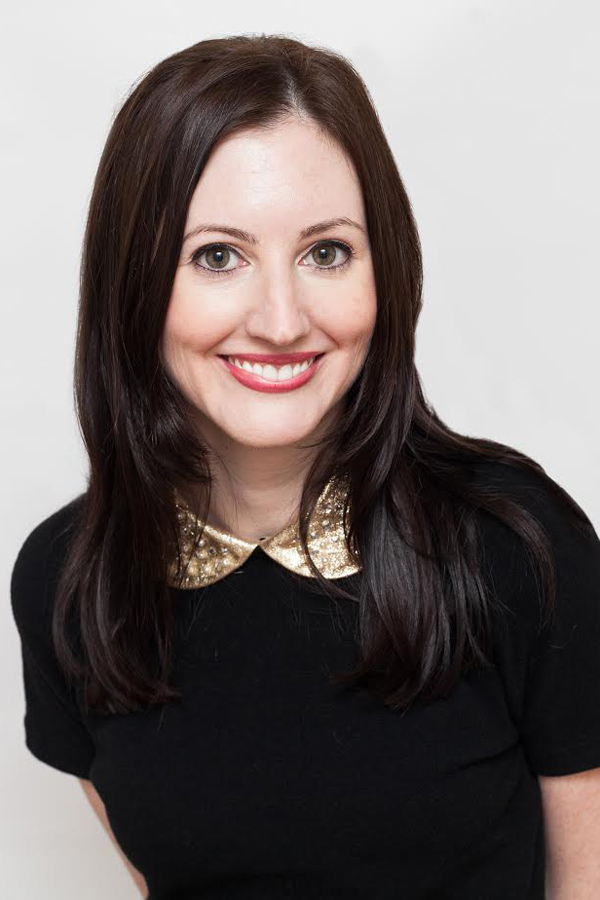 After a romantic comedy walking tour in New York City, Erin Carlson (Medill ’05) was inspired to write “I’ll Have What She’s Having,” a book that offers a “backstage look” at three Nora Ephron classic films.

Faked orgasms in a New York City diner, failed attempts at cybersex, finding love atop the Empire State Building. These are just a few of the iconic scenes created by incomparable rom-com filmmaker Nora Ephron and the subject of Erin Carlson’s (Medill ’05) first book.

“I’ll Have What She’s Having” offers a “backstage look” at the making of three Ephron films — “When Harry Met Sally,” “You’ve Got Mail” and “Sleepless in Seattle” — that have become romantic comedy classics, Carlson said. The book also explores Ephron’s personal and professional life, and how the two are reflected in her filmography.

Carlson said the book starts with biographical information about Ephron, actors Tom Hanks and Meg Ryan and then dives deeper into each of the three movies.

“I wanted to write something (that) analyzed these films but also kind of tell a story that made you want to turn the page,” Carlson said. “My goal was to show what life on a Nora Ephron set was like, which was amazing and fun and warm … and then rocky at times.”

Inspiration for the book came in 2013 when Carlson and her friend Jennifer Armstrong (Medill ’96) decided to lead a New York City romantic comedy walking tour. The tour took attendees to various spots on the Upper West Side where some of Ephron’s movies took place, including the famous Cafe Lalo from “You’ve Got Mail” and Ephron’s old apartment building.

Carlson said the tour became widely successful and drew visitors from across the country — including a couple that flew in for the tour to celebrate their 20th anniversary.

“There were so many people who came out of the woodwork to join us,” Carlson said. “It was like a meetup group for people who like Nora romantic comedies so it was a lot of fun. … That was what sparked my idea for the book.”

Carlson said the book was a two-year process that involved intensive researching, reporting and writing. She went through the credits of all three movies and initially spoke to crew members like production assistants for the book. Once she had gathered enough information, Carlson reached out to celebrities like Hanks and Rita Wilson who granted her interviews as well.

The book also explains how Ephron found success in both her professional and personal life as a female filmmaker. Ephron’s story, Carlson said, provides a powerful guide for people — especially women — to fearlessly achieve their dreams.

Despite Ephron’s turbulent personal life that included two failed marriages, the book illustrates how she made a name for herself and managed to thrive in the film industry.

“There’s so many books about male filmmakers but I wanted to document this and give (Ephron) the same treatment that somebody might give, you know, Preston Sturges or Ernst Lubitsch or Woody Allen,” Carlson said. “She was in those leagues for sure.”

Carlson’s editor, Michelle Howry, who works at Hachette Book Group, said she “immediately” understood the appeal of the book as an Ephron fan herself.

“These are movies that so many of us are still thinking about and talking about so many years after they came out,” Howry said. “I hope that we’re going to reach some of the people with this book who Nora touched with her movies.”

As a friend of Carlson’s, Armstrong said she has also been part of the book’s development — reading through most drafts — since the beginning and realized its potential early on.

Armstrong, an entertainment writer and published author, said the book will attract fans of Ephron’s movies from across generations, and described it as nostalgic — “like anything is about a time before our own” — and fun.

“We try to write books about entertainment that sort of reflect why this stuff means something to people,” Armstrong said. “In this case, these movies mean something to women in particular; not because they’re about romance, but because they’re about strong female characters of the kind we didn’t see as much back at the time that these movies came out.”