Park Evanston building up for sale, could raise rents 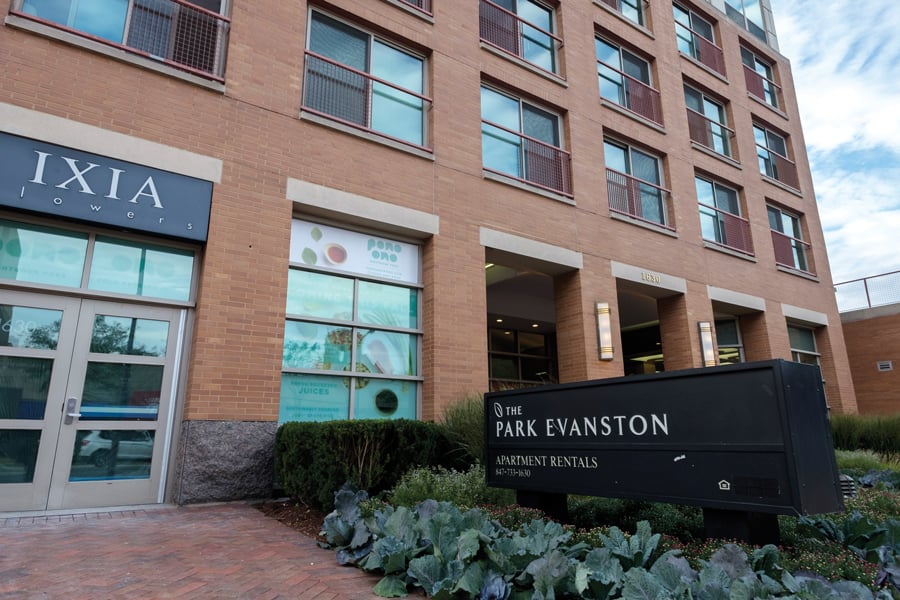 The Park Evanston apartments, 1630 Chicago Ave. The owner of the building is looking to sell and renovate the apartments.

The Park Evanston apartment building is being placed on the market in an effort to renovate the facilities, a move that could increase residents’ rents, said Ald. Donald Wilson (4th).

The 24-story building, 1630 Chicago Ave., sits among many Evanston businesses and restaurants, including a Whole Foods. It also houses numerous Northwestern students who live off-campus.

Wilson, who represents the ward that houses Park Evanston, said the renovations could affect how much each unit costs.

“There’s a reference to investors spending $15,000 a unit to fix up the building’s apartments,” Wilson said. “One would imagine that if they’re going to invest additional money the rents would probably increase.”

The median net rent on the North Shore is already rising, according to a report by Chicago-based consulting firm Appraisal Research Counselors. The rate rose 9.8 percent from last year.

Prices for Park Evanston apartments currently start at $1,486 for a studio apartment and $4,354 for a three-bedroom apartment, according to the building’s website.

However, Evanston economic development manager Paul Zalmezak said he believes the building needs a renovation to remain competitive in the higher-end rental market.

Zalmezak said the renovations would help Park Evanston compete with newer developments like E2 Apartments, 1890 Maple Ave., and other new proposals for mixed-used and residential buildings — including the two controversial proposals for 16- and 37-story towers on Sherman Avenue.

“What it really suggests big picture is that Evanston is an attractive marketplace to invest in,” Zalmezak said. “That puts pressure on a building owner because now they either have to upgrade to keep up, or they become mid-market and have more affordable rents.”

TH Real Estate, the owner of Park Evanston, is “evaluating” a sale of the building after holding the investment for 20 years, TH senior director Brian Eby told The Daily in a statement.

“This is a high rise product,” Eby said. “We believe (it) will be sought-after by the current capital markets given the mix of Whole Foods on the street level beneath a residential rental tower.”

Zalmezak said he expects a high price for the potential sale considering the building’s proximity to Lake Michigan, public transportation and the downtown business area.

Wilson said the increase in the number of proposals for mixed-use towers in Evanston is “reflective of the economic recovery in the county.”

However, NU’s new two-year live-in requirement coupled with an increase in the supply of rental units might weaken the market, Wilson said.

“We have to be careful because we don’t want to put ourselves in the situation where you have a glut of properties,” he said. “One wonders at what point the supply is going to overtake the market.”