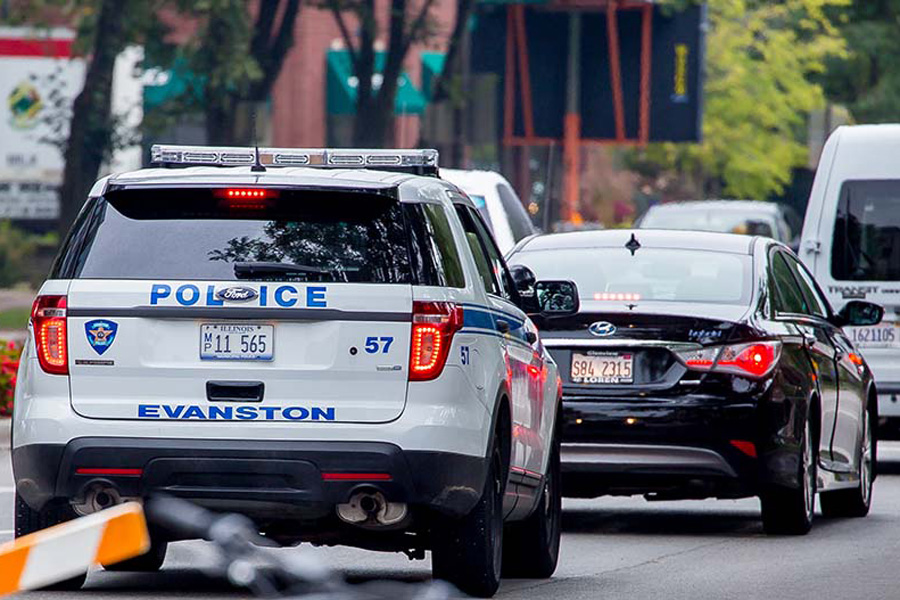 Aldermen on Monday approved a five-year contract to purchase body-worn, investigative and dashboard cameras as well as tasers for the Evanston Police Department.

The city will enter into a $1.1 million contract with Axon Enterprise to purchase cameras for 120 officers and 45 police cars. Additionally, cameras will outfit interviewing rooms, the detective bureau and the juvenile bureau.

Pursuant with the Illinois Law Enforcement Officer-Worn Body Camera Act, footage taken by the cameras will be removed after 91 days for non-flagged incidents, and those that are flagged will remain for two years. Video of minors will be subject to additional protections.

The contract follows a pilot program EPD launched in June, when nine officers and two supervisors were outfitted with the cameras. It also comes on the heels of an announcement by Northwestern University Police that all officers will receive body-worn cameras by the end of the calendar year.
“The use of body-worn cameras (has) become a best practice for police departments,” Evanston police Cmdr. Joseph Dugan said in a June news release. “The presence of a body-worn camera has a positive effect on the behavior of both officers and citizens during encounters.”

EPD began to consider body-worn camera implementation in 2015, and pursued funding once Gov. Bruce Rauner formally legalized their use in August of that year.