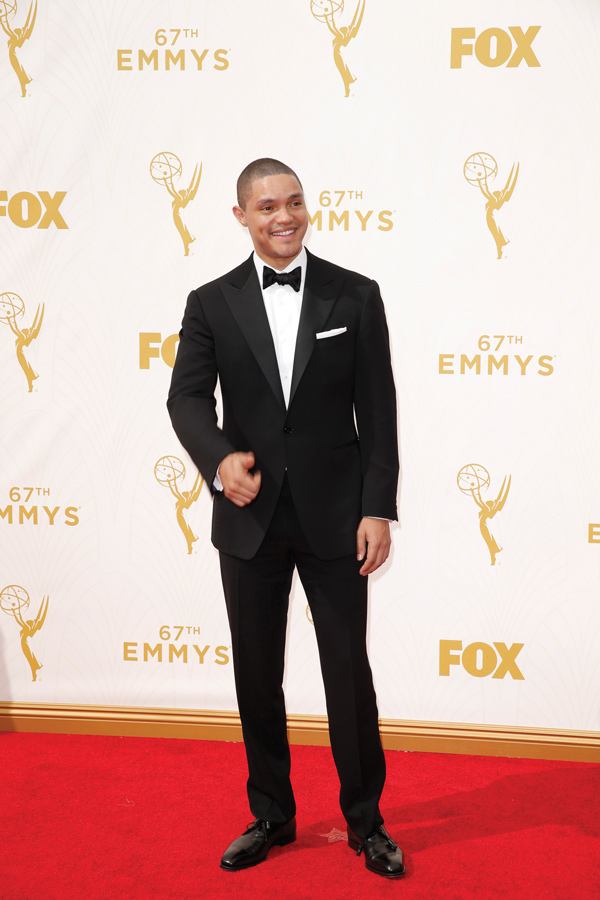 Trevor Noah arrives for the 67th Annual Emmy Awards at the Microsoft Theater in Los Angeles on Sunday, Sept. 20, 2015. Noah will speak at Northwestern on Oct. 15.

Comedian and “The Daily Show” host Trevor Noah will speak at Northwestern on Oct. 15, according to an email sent to students in the Medill School of Journalism, Media, Integrated Marketing Communications.

The event will be hosted by New York Times reporter John Eligon (Medill ’04).

Medill students will get preference to reserve one ticket for the event, which will be “a provocative conversation about identity, ethnicity, acceptance and the turbulent state of race in Trump’s America,” according to the email.

Noah recently wrote a memoir — “Born a Crime: Stories From a South African Childhood” — and will discuss his experiences growing up in apartheid South Africa at the NU event, the email said.

The event will be held in Cahn Auditorium at 7 p.m and will be filmed live in front of a student audience.