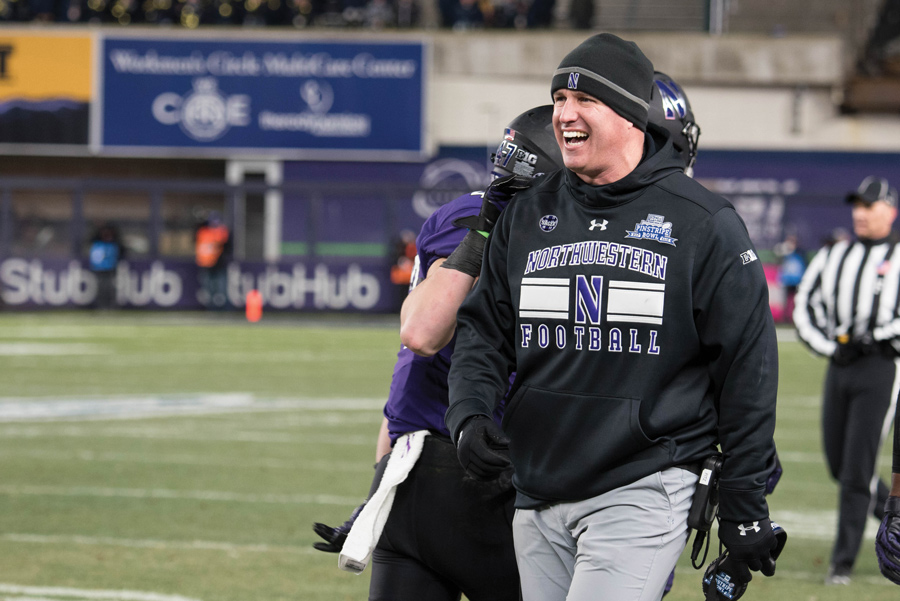 Northwestern’s football program was valued at approximately $163 million in a new analysis by a finance professor at Indiana University-Purdue University Columbus.

The annual analysis by Ryan Brewer, reported by the Wall Street Journal on Thursday, pegged the team’s value at a fraction of the nation-leading $1.5 billion of Ohio State but greater than those of Big Ten brethren Maryland, Illinois, Purdue and Rutgers. Brewer’s valuation of NU rose from $149.5 million a year ago, though the program dropped in his analysis from the 45th to 46th most valuable in the country.

The Wildcats have enjoyed increased success under the leadership of coach Pat Fitzgerald since his tenure began in 2006. NU’s recent investments in football include the ongoing construction of the $270 million Ryan Fieldhouse and Walter Athletics Center, a multipurpose athletic facility overlooking Lake Michigan.

The investment in the facility, which will be one of the most expensive in the country, could help keep NU competitive in the Big Ten but has drawn criticism from some student activists.

The school is also currently in the throes of a $110 million renovation to Welsh-Ryan Arena, its home for several varsity sports including men’s and women’s basketball.

In the 1980s, University officials contemplated moving to the Ivy League, and the football team endured a notorious 34-game losing streak. But the school has since emerged from the basement of the Big Ten on the gridiron and now frequently competes with the conference’s brass.

Fitzgerald said the program’s growth since his playing days in the ’90s, which included the Cats’ surprise visit to the Rose Bowl during the 1995 season, makes him appreciate the players who came before him when the team had less support.

“It’s a totally different football program,” Fitzgerald said. “And that commitment has, I think, shown. I believe the University feels like it’s got a return on the investment.”

The Cats have appeared in seven bowls over the past decade after appearing in six prior to Fitzgerald’s tenure. And the team’s average home attendance grew by 24.3 percent in the first decade of the Fitzgerald era.

“You do both: You can have elite-level and great-level academics and compete for championships,” Fitzgerald said. “I just believe that, and I think we’ve proven that now since ’95.”

The Cats, who are 2-1 this season, open their Big Ten slate Saturday at Wisconsin. The Badgers’ program was valued at more than $439 million by Brewer’s analysis, sixth among Big Ten schools behind Ohio State, Michigan, Penn State, Nebraska and Iowa.